International
via Australia Bureau of Meteorology 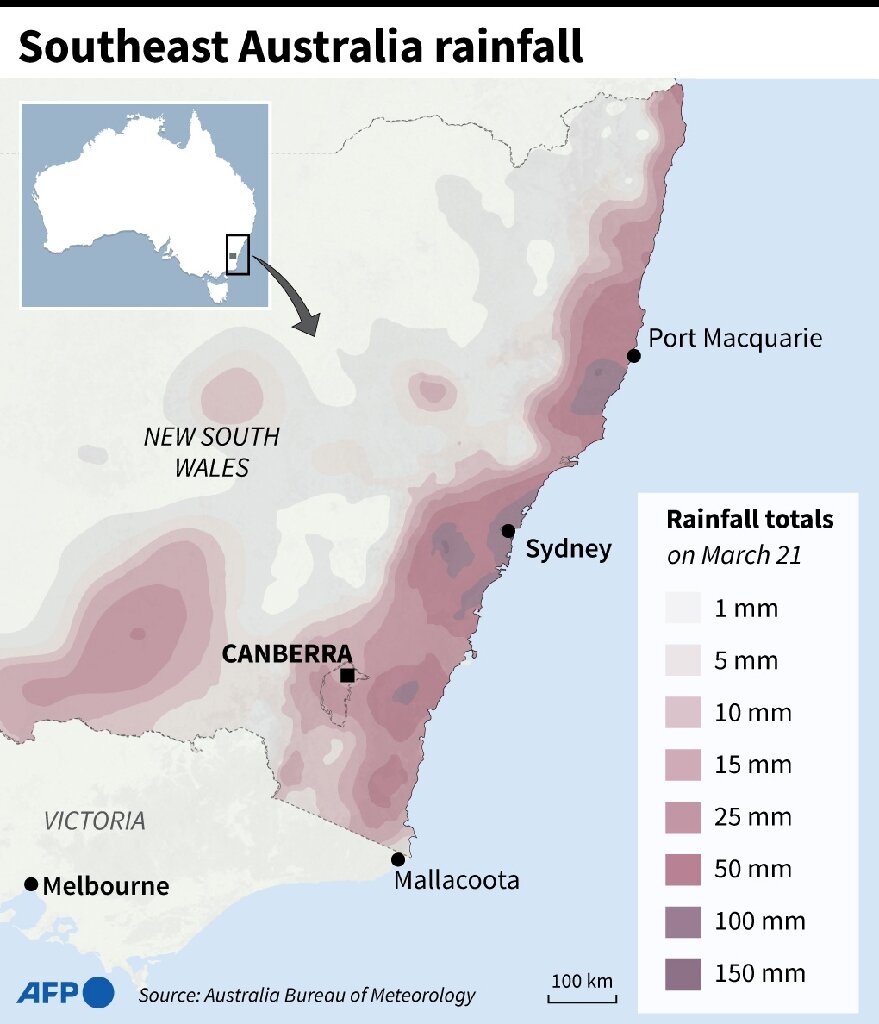 Around 18,000 residents were told to evacuate their homes, as days of relentless rainfall caused rivers in Australia's most populous state, New South Wales, to their highest levels in 30 years.

"The devastation is quite unbelievable," said Port Macquarie cafe owner Marten Clark, who waded through waist-deep water to find his furniture washed away, and freezers, fridges and cooking equipment destroyed.

Aerial images from hard-hit areas showed the flood consuming rows of houses, with only their roofs above the water.

As some coastal communities received three months worth of rain in a few hours, emergency services said they rescued hundreds from floodwaters and fielded more than 8,800 calls for help.

So far, no fatalities or serious injuries have been reported.

But with more rain expected, eight million residents in Sydney and across the state were on Monday told to work from home if possible and avoid unnecessary travel.

"The water is still rising," said Jo Dunstan, who owns a florist shop in the outer Sydney suburb of Windsor, as she watched debris-littered stormwater race past neighbouring homes. "It's scary, very eerie to say the least."