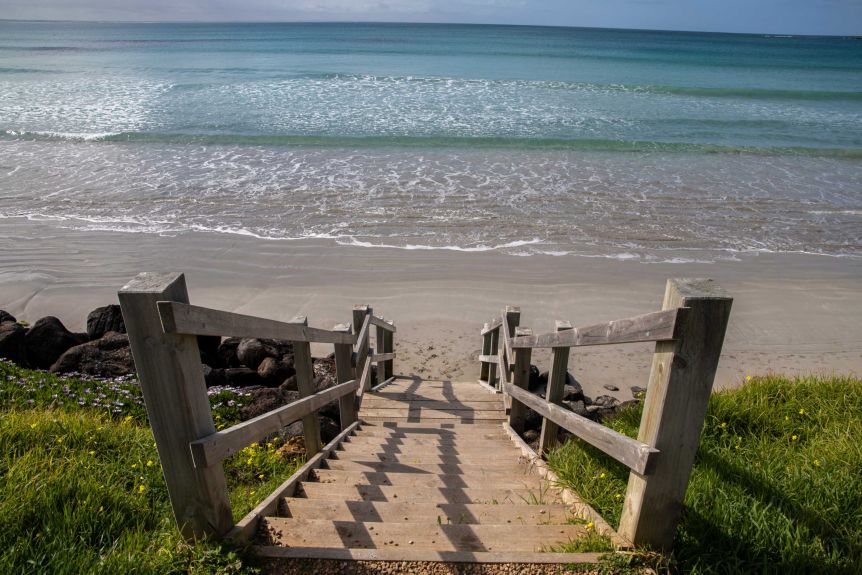 AU - When Port Fairy's beach came under threat, these citizen scientists came to the rescue

The people of Port Fairy in south-west Victoria were shocked into action by the sudden disappearance of part of their beach in 2013, but now their efforts have inspired a statewide initiative to understand the impacts of rising seas.

In Port Fairy, the beach is on everyone's doorstep and locals are intimately familiar with the ebbs and flows of the tides — they know the sands of East Beach as well as Melburnians know their city's grid.

So when more than four metres of beach disappeared in 2013 and threatened to expose an old tip site, a group of them banded together to begin some forensic investigations into what had happened.

Seven years on, the erosion emergency on their stretch of coast has stabilised and the continuing efforts of the group have inspired a statewide 'citizen science' project.

Critical work is being undertaken documenting the early stages of what are anticipated to be dramatic changes along the Victorian coastline.

Twice a month, half a dozen Port Fairy locals meet on the beach. Using poles, lasers and an Excel spreadsheet, they measure sand levels, record their findings and submit all their data to the Moyne Shire Council.

"If you want to respond to the problems that you're having, then you need to be aware of the data," founding member and chairman of the group, Nick Abbott said.

The program quickly attracted the interest and support of scientists, who used the model as a template for a wider coast watch campaign, called the Victorian Coastal Monitoring program.