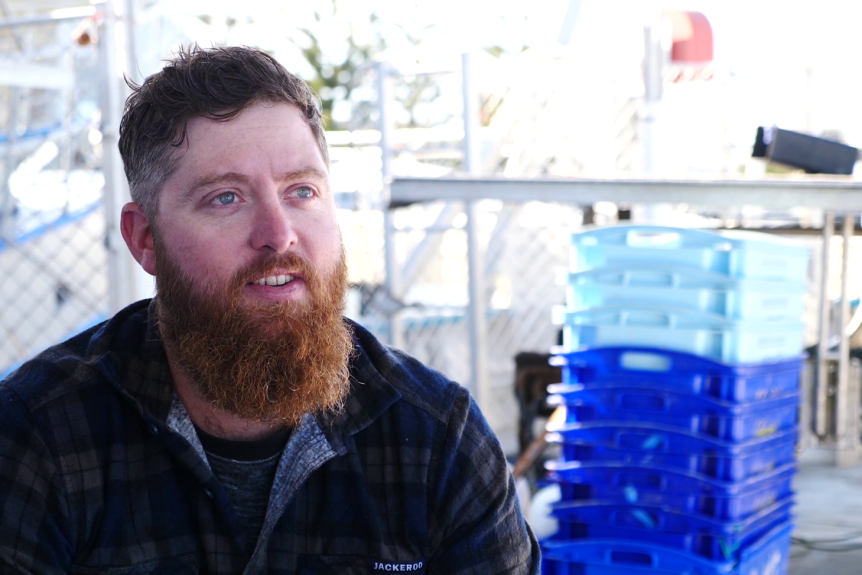 Fishers operating in Victoria's east say their catch is down by as much as 80 per cent since the start of seismic testing in the area.

Tyson Pollard and his father Tony have been octopus fishing for three years and their catch is sent from Lakes Entrance to Melbourne and Sydney.

But in recent months, the pair's haul has plummeted.

"Our catch rates are down by approximately 80 per cent over the past three, four months," Mr Pollard said.

Mr Pollard said he noticed a change when two large ships started surveying for oil and gas in his usual fishing area.

"New Year's Eve, the bushfires in our region meant we had to evacuate; New Year's Day, the seismic ship activity started," he said.

Several fishermen in the area have been compensated for their losses due to the testing, but the concerns of the industry go beyond money.

The controversial surveying technique has been used around Australia to look for oil and gas, but some environmentalists and scientists have warned the impacts on marine life could be deadly.

The region became the latest epicentre of the testing debate after a bid to map the Great Australian Bight faltered earlier this year.