International
Nathalie Simmonds (left), head of marine science at The Abyss Project, examines dead invertebrates with project co-founder Carl Fallon near an inshore Sydney Reef. They immediately returned them to where they had been located.CREDIT: KATE GERAGHTY 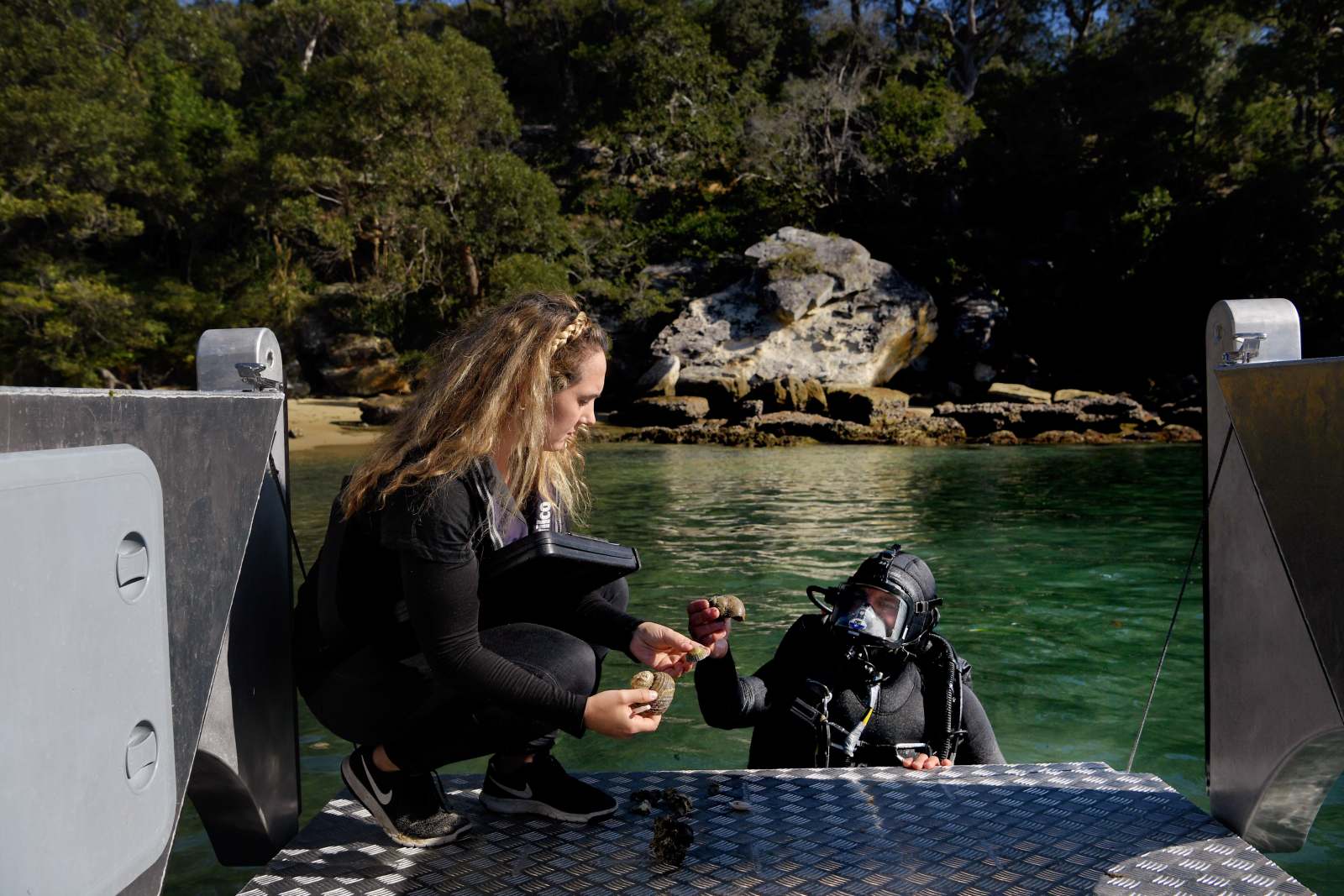 Marine ecosystems along a stretch of Sydney's coastline from the Hawkesbury River down to Botany Bay and beyond have been devastated by a combination of drought, bushfire debris and severe storms in recent months.

Researchers for The Abyss Project, a commercial and scientific group of divers, say the coast and estuaries have suffered a "mass mortality event", potentially the worst in decades. Hard-hit aquatic species range from soldier crabs to urchins, soft sponges and coral-like bryozoa invertebrates.

Carl Fallon, a co-founder of the 12-year old project that monitors aquatic health near Sydney, said it was "a once-in-a-generation event" to have a dry spell followed by fires and then storms from February onwards.

Invertebrate species down to as deep as eight metres appear to have heavily affected by a sequence of changed water quality and conditions.

Salinity in shallow estuaries rose as freshwater inflows dropped with the drought, and then the bushfires brought additional nitrogen and phosphorous - including from fire retardants - that spurred cyanobacteria growth. The big storms provided the final blow for much of the aquatic life, Mr Fallon said.