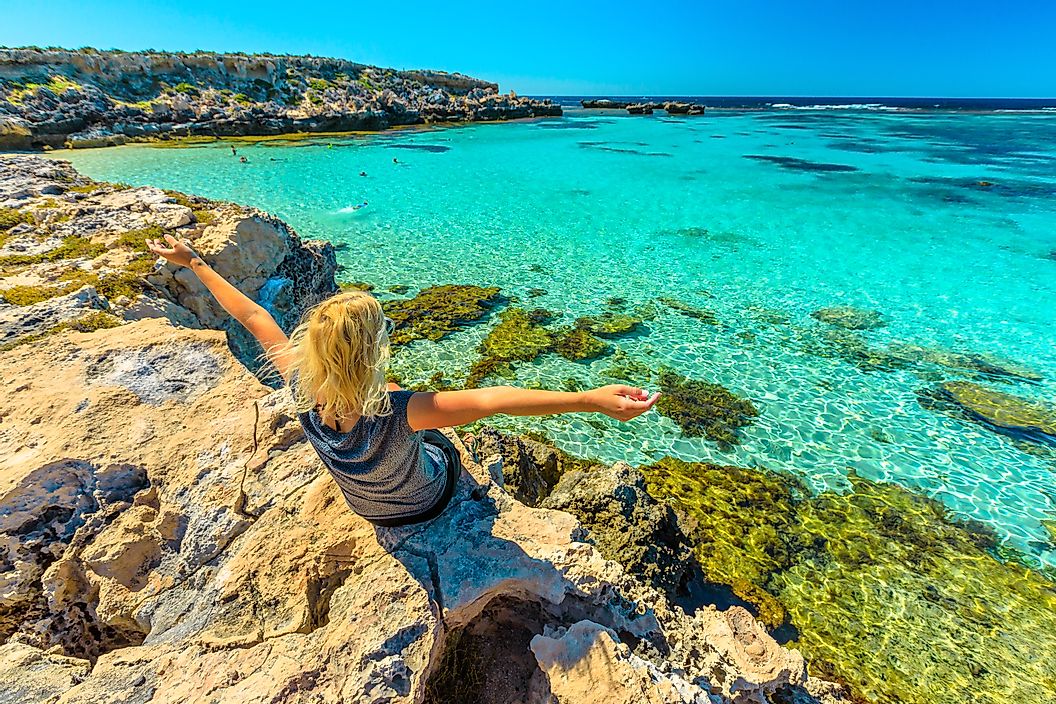 Rottnesst is located off the western coast of Australia, near mainland Perth. It has an area of approximately 19 square kilometers, and has a population of less than 500 people, though it is estimated that some 15,000 people can be found on the island during peak season, or roughly 780,000 per year. The island is known by a few different names, including Wadjemup, which is the name given by local Noongar people, and also Rotto, which is a more generic anglicized short form for the area.

History And Formation Of The Rottnest Island

The island of Rottnest, as well as others in the area, were formed some 7,000 years ago. At the time, it is theorized that the sea levels rose, and cut off this outlying land from what is now mainland Australia.

Artefacts indicating human activity in the area have been found and dated back more than 30,000 years. In the 17th century, the island was visited by Dutch sailors, and at this time, no other occupants lived on the island. In 1696, one of these Dutch explorers, Willem de Vlamigh, landed on the island and dubbed it ‘Rat’s Nest Island’ - rottnest - due to the high population of quokka rodents. Later, in 1829, the British established the Swan River Colony which included, over the years, a penal colony, military installation, and World War II internment camps. This was common in Australia at the time. Many of these colonial buildings can still be seen on the island.

Wildlife Of The Rottnest Island

The main portion of the island is native woodlands, which are made up of three main species: the Rottnest Island pine, Rottnest Island tea tree, and Acacia rostellifera. In early colonization days, the landscape was mostly wooded, but agriculture and bushfires have cleared much of what was once dense forests. In order to attempt some regrowth and restoration, a reforestation project was set up, including an island based nursery. Other plants on the island include the Rottnest Island daisy, sea rocket, beach spinifex, and wild rosemary.