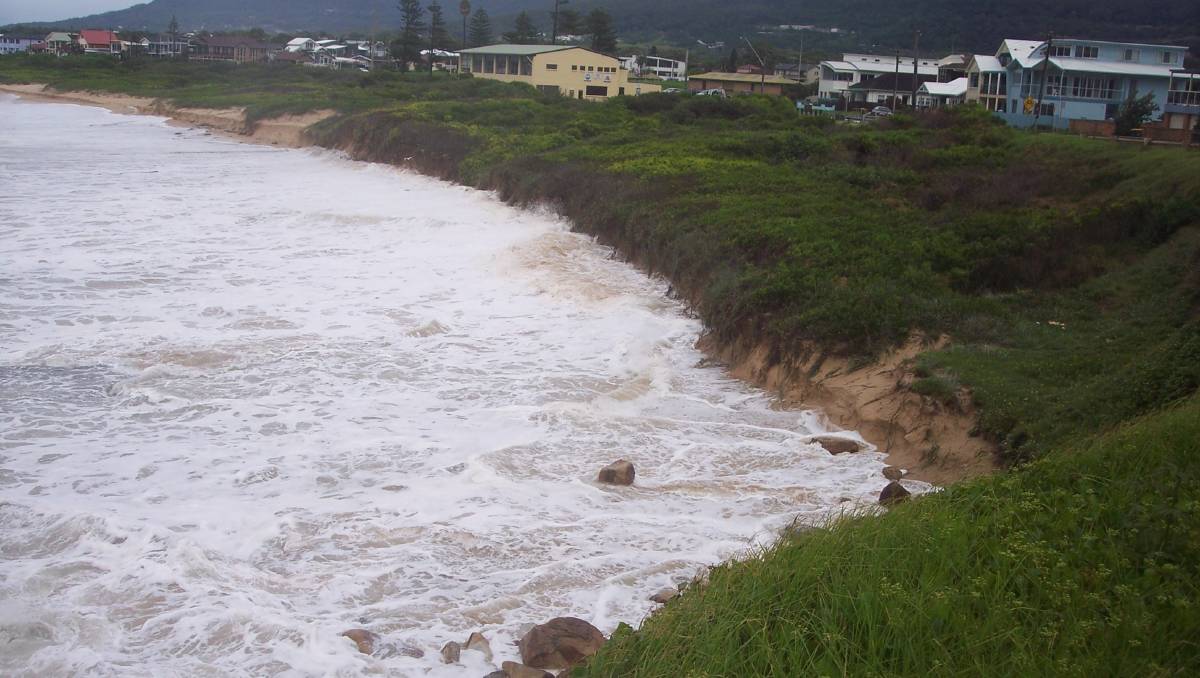 Video prepared by Simon Avery and Beach Care Illawarra demonstrates the significant impact that beach restoration has had on Woonona Beach.

After a week of king tides and large swell brought on by ex-tropical cyclone Seth, beaches up and down the Illawarra coast have been battered by wind and waves.

At some beaches this has resulted in further coastal erosion, as waves that bounce back off overgrown dunes sweep sand out to sea.

Not so at Woonona Beach, where the efforts of Beach Care Illawarra and Wollongong Council have enabled the beach to withstand the force of the ocean.

"The shape of the beach allows that energy from the swells to dissipate as it runs up the slope of the sand," said Woonona resident and Beach Care Illawarra member Michael Barnett.