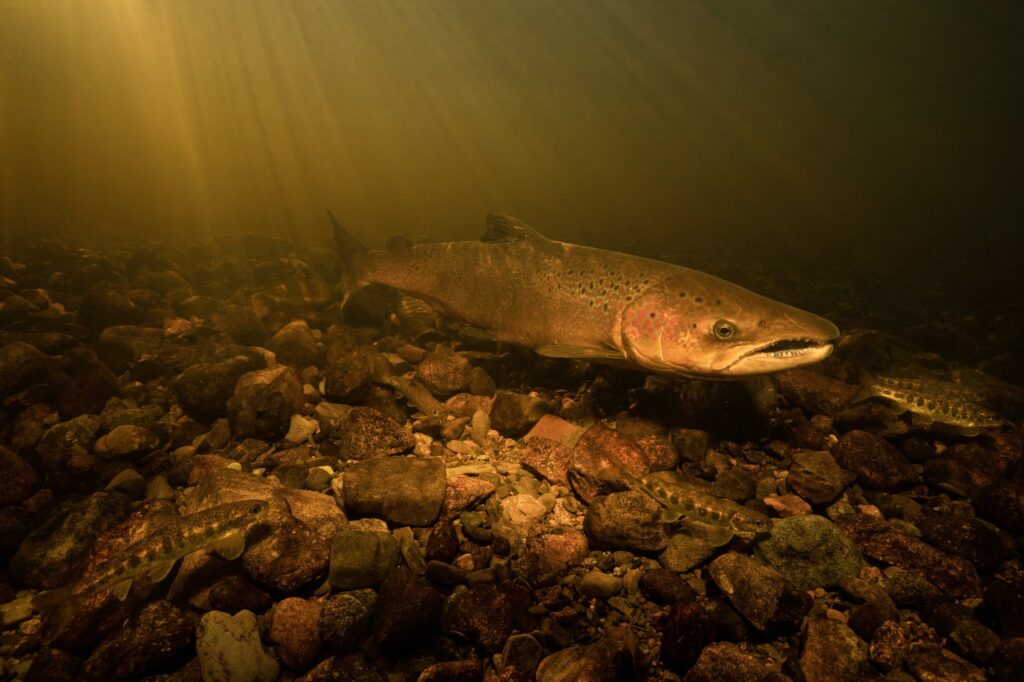 A recent study shows that the negative effects of sea lice increase as water warms, and that increases the risk that open-net pen salmon farming present for wild salmon.

A Dalhousie University researcher is among a team of scientists tracking a big threat to Atlantic salmon: sea lice.

Climate change can increase risks of disease in marine ecosystems and pose an additional threat to the health of Atlantic salmon, according to a recent paper published in Nature’s peer-reviewed journal, Scientific Reports, and authored by scientists from Canada, Finland, and Norway.[1]

The experimental work undertaken in a Dalhousie University lab shows that as climate change warms ocean waters, the negative effects that sea lice have on their salmon hosts will worsen. Sea lice are an external parasite that attach to and feed off salmon.

“Our waters are getting warmer along coastal Nova Scotia,” says Dalhousie University biology professor Jeffrey Hutchings, one of the paper’s authors. “They’ve been getting warmer for a while and they will continue to get warmer. So we were looking at this interaction of increasing water temperature and the degree to which this might exacerbate the negative influence of sea lice on salmon growth and survival. And we found that it exacerbated it quite a bit.”

Hutchings calls climate change the “elephant in the room” and something that “we are not accounting for” in any of our coastal industries, including how warming ocean waters will affect Atlantic salmon.

And anything that affects sea lice infestations has major implications for open-net pen salmon farming.

Hutchings and his co-authors note that open-net pen salmon farming is the most lucrative form of aquaculture globally, but that in the past two decades, sea lice have challenged “the economic and ecological sustainability of the industry.”