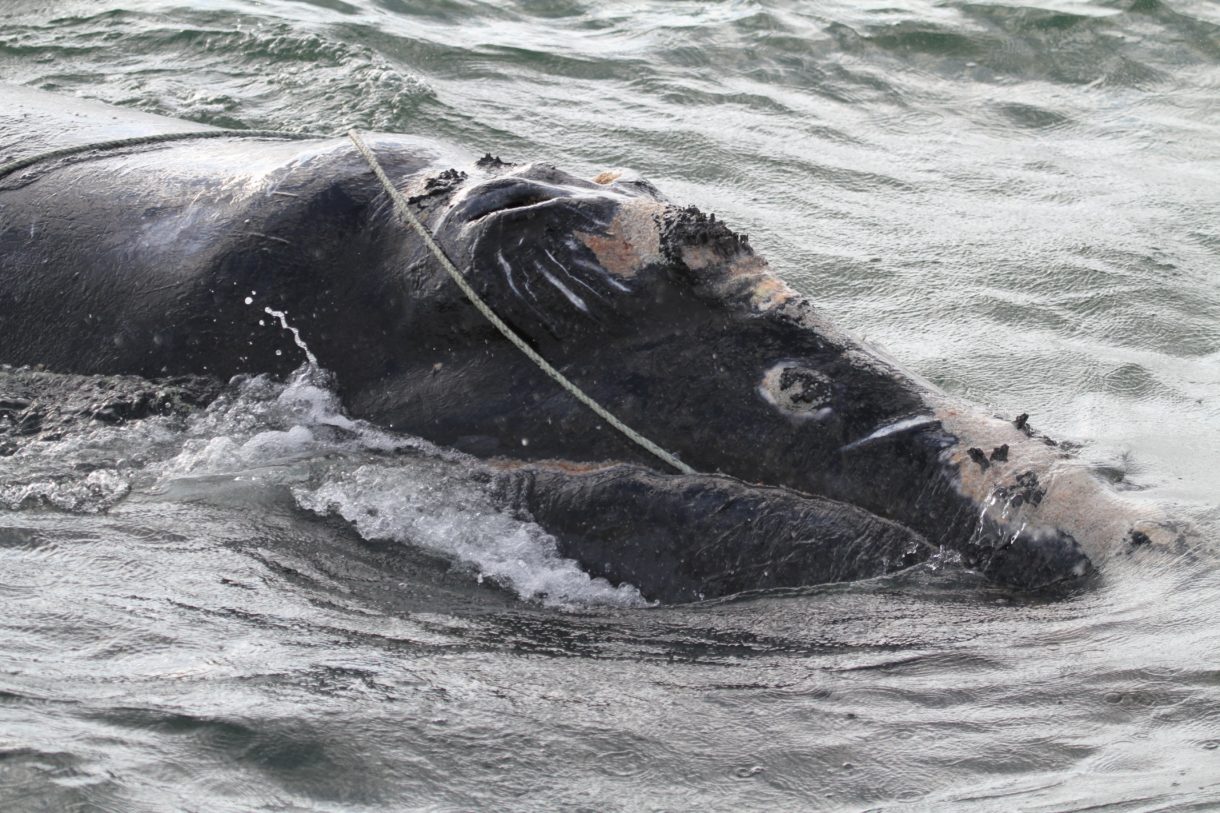 The National Marine Fisheries Service today released a proposed rule intended to reduce the risk of critically endangered North Atlantic right whales getting entangled in heavy ropes used in fishing gear such as that used for catching lobsters and crabs. Unfortunately, this long-anticipated rule falls far short of the protections that are really needed to ensure these marine mammals do not disappear forever.

While any effort to save right whales is a step in the right direction, our government needs to do far better than this half-hearted proposal. The rule released today focuses on crab and lobster trap/pot fisheries in the northeast, which, the agency says, deploy about 93 percent of the buoy lines fished in areas where right whales are present. But what the agency is not telling us is that most of the measures proposed have not been proven to reduce the risk of right whales getting entangled in fishing gear. This would effectively mean that very few, if any, would be saved. To be truly effective, the NMFS needs to focus on expanding the size and timing of seasonal fishing closures in areas when right whales are known to be in those waters.

It is baffling that the agency has proposed such an inadequate rule, so late, when it is well aware that the loss of even a single right whale caused by entanglements or manmade causes increases the species’ risk of extinction. North Atlantic right whales are disappearing at an alarming rate, and scientists estimate that fewer than 360 are alive today. At least 45 right whales have died since just 2017.

The risk to right whales is from heavy ropes that drop down from buoys on the surface of the ocean. As the whales swim through the ocean, the ropes can get wrapped around their bodies, interfering with their ability to reproduce, eat and breathe. While whales sometimes die shortly after entanglement, they may also break free and drag these heavy ropes around and suffer for weeks, months, and sometimes years before dying of their devastating injuries.

Unless we deal with this preventable problem in a decisive fashion, we could lose right whales forever. That’s why the Humane Society family of organizations has made saving right whales a priority. Along with our coalition partners, we have been continually pushing NMFS to do more to reduce the number of lines in the water that entangle right whales, as well as protect the species from other threats. In 2020, we won a lawsuit against the agency on the grounds that it had failed in its legal obligation to protect the critically endangered North Atlantic right whale from risk of entanglements in lobster fishing gear, requiring the agency to put new protections in place by May 2021.