Southeast
Flooding from an October king tide in Miami Shores fills streets, sidewalks and driveways at its peak. Florida doesn’t have flood disclosure laws, so home sellers don’t have to tell buyers about previous flooding. It’s an issue that sea level rise will exacerbate. TROPIC MOTION 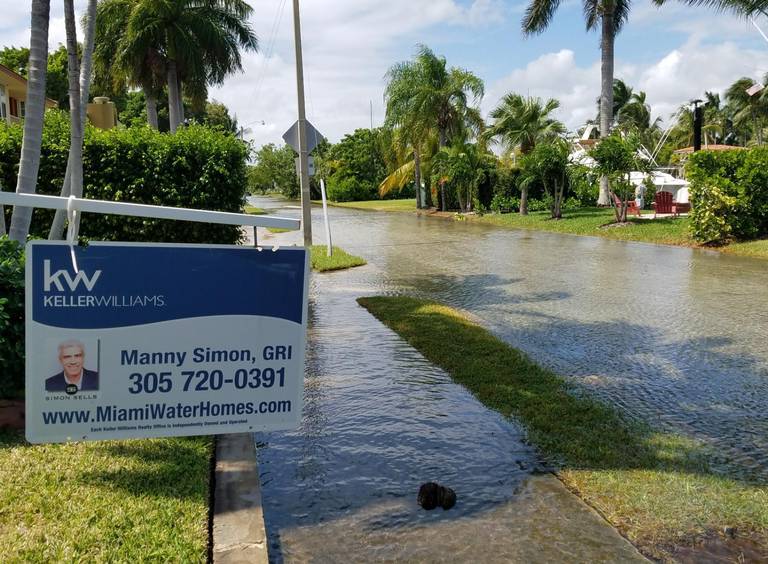 As seas rise, your coastal home in Florida could lose value. One report says 15% by 2030

Increasing sea rise is going to water down the value of some of the most coveted and expensive real estate in Florida, and insurance rates will go up too.

That’s the conclusion of a pair of new reports calculating just how much of an impact climate change will have on Florida’s real estate industry.

A report from international consulting giant McKinsey released Thursday found that Florida homes subject to the risk of flooding could lose 5 to 15 percent of their value in the next decade, barring any significant changes to the market in that time. By 2050, that could leap to 15 to 35 percent.

In another Miami-Dade-focused report from Jupiter Intelligence, researchers found that moderate flooding of about a foot will affect nearly double the number of homes by 2050.

The reports tackle a relatively new topic in the financial world, one with big implications for residents in the most vulnerable state in the nation. It’s called climate risk, and it explains all the ways that the warming world will mess with global financial systems.

In McKinsey’s report, Florida was the case study for climate’s impacts on the real estate market.