Mid-Atlantic
The Delaware River flows under the Delaware Memorial Bridge, near Wilmington. ALAMY 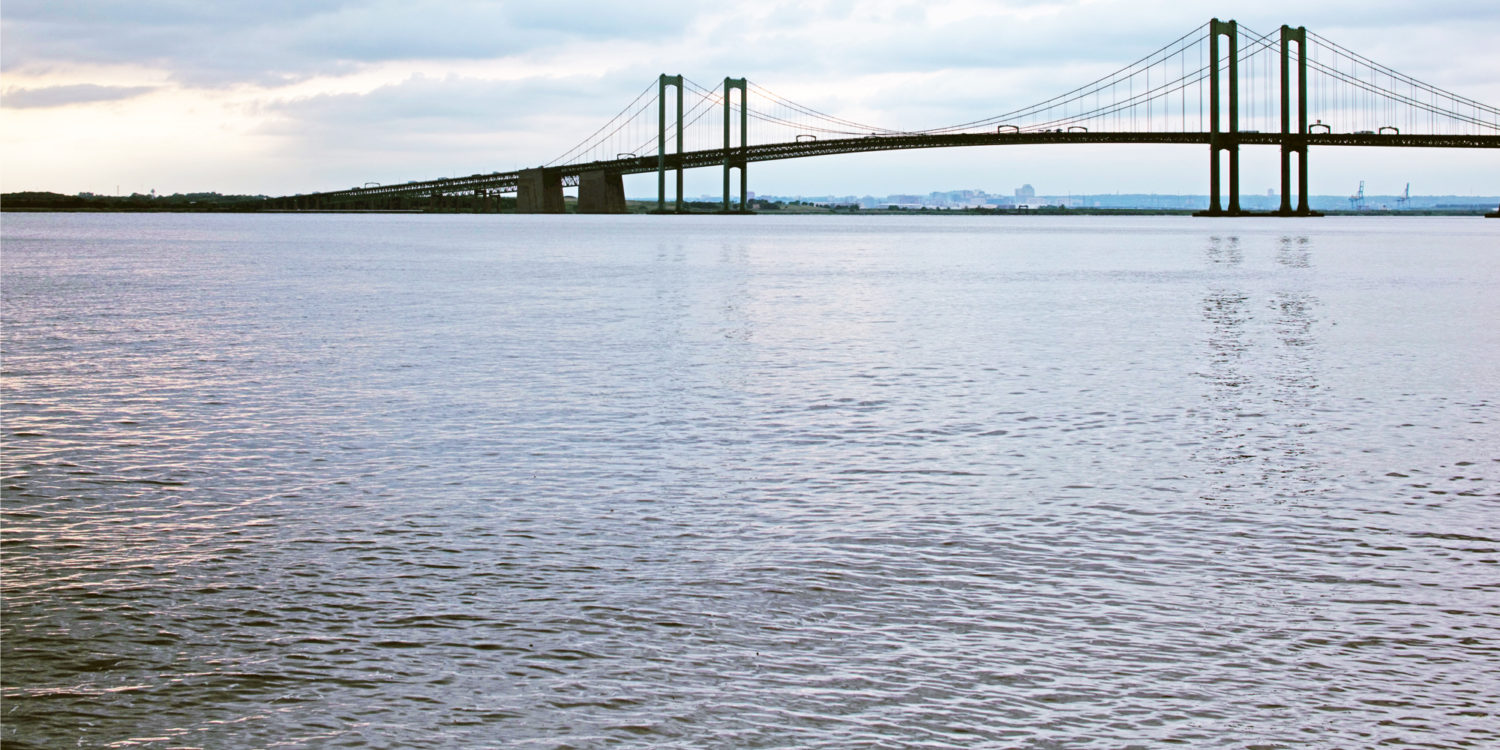 As Sea Levels Rise, Will Drinking Water Supplies Be at Risk?

The Delaware River, a major source of drinking water for Philadelphia, is facing an emerging threat as rising seas push saltwater farther upstream. It’s a problem that other places, from Miami to Shanghai, will also confront, especially as increasing drought lowers river flows.

At the Delaware Memorial Bridge, about 35 miles southwest of Philadelphia, the tidal waters of the Delaware River estuary push upstream with every incoming tide but are opposed by the river’s downstream flow. For years, this balance has kept salty water well away from intakes that supply drinking water to millions of people in Philadelphia and southern New Jersey.

With the so-called salt front in its normal range, some 40 miles downstream from the intakes, any threat to the region’s water supply has seemed distant. But the combination of sea level rise and the expectation of reduced downstream flow as a result of climate change-related droughts have raised new fears that the region’s biggest source of drinking water could at some point become contaminated with seawater. Other regions around the U.S. and the world, from Florida to Bangladesh, are facing similar threats.

The issue has long been discussed by water planners at the Delaware River Basin Commission (DRBC), an interstate regulator that represents the interests of the four basin states of New Jersey, New York, Pennsylvania, and Delaware, plus the federal government. Now, the risk is being given closer attention by other stakeholders, including the U.S. Army Corps of Engineers, water suppliers on both sides of the river, and New York City, whose reservoirs help to maintain the river’s flow during dry periods.