Coastwide
Water emerges from the headwaters of Nevada Spring Creek at around 44 degrees year-round. A mitigation bank provided private money to reconnect it to Montana's Blackfoot River and to restore a prized trout fishing habitat. NICK MOTT / MONTANA PUBLIC RADIO 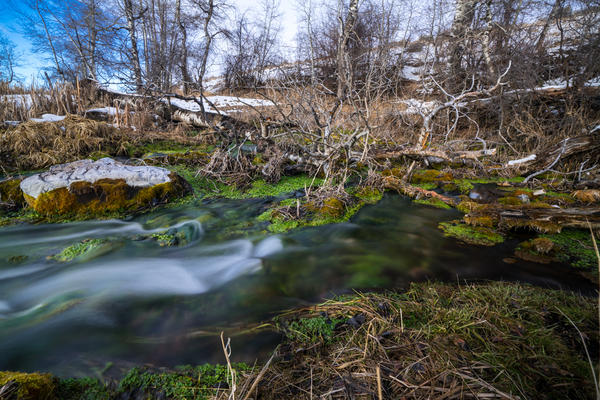 As Regulations Roll Back, Could Clean Water Protection Business Dry Up?

Many business interests are cheering President Trump's recent rollback of water regulations put in place by the Obama administration. But companies that make money protecting clean water could take a big hit.

The Trump administration is stripping protections for streams that only run after rain and for wetlands that don't have a connection to bigger waterways above ground. Announcing the rule last week at the International Builders' Show in Las Vegas, EPA Administrator Andrew Wheeler said it will "save Americans time and money while accelerating infrastructure projects and economic development."

The EPA says there's no data on exactly how many waterways would be affected, but a leaked presentation by government scientists says more than half of wetlands across the country as well as 18% of streams would not have federal protection.

Those rollbacks could mean less work for folks like Adam Davis, a managing partner at Ecosystem Investment Partners.

"One of the most gratifying things about the job is seeing nature come back to life," Davis says.