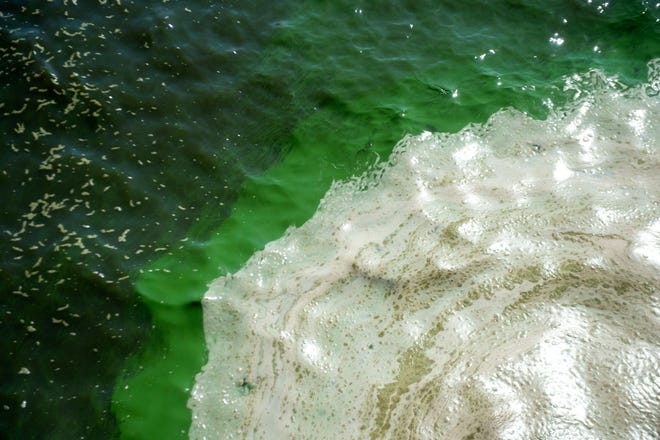 Lake Okeechobee discharges will resume in short bursts over two days this week so government scientists can study the flow of sediment that pollutes coastal estuaries.

If the Army Corps of Engineers has to open the St. Lucie Lock & Dam during the study, the algae could make its way from the lake to the C-44 Canal to the St. Lucie River.

To minimize the potential of that happening, the Corps will try to lower the level in the C-44 Canal, according to a news release the agency issued Monday.

The cyanobacteria, more commonly called blue-green algae, contained 22 parts per billion of a toxin called microcystin on April 12, according to the Florida Department of Environmental Protection. At 8 parts per billion makes water dangerous to touch, ingest or inhale for people, pets and wildlife, according to the Environmental Protection Agency.