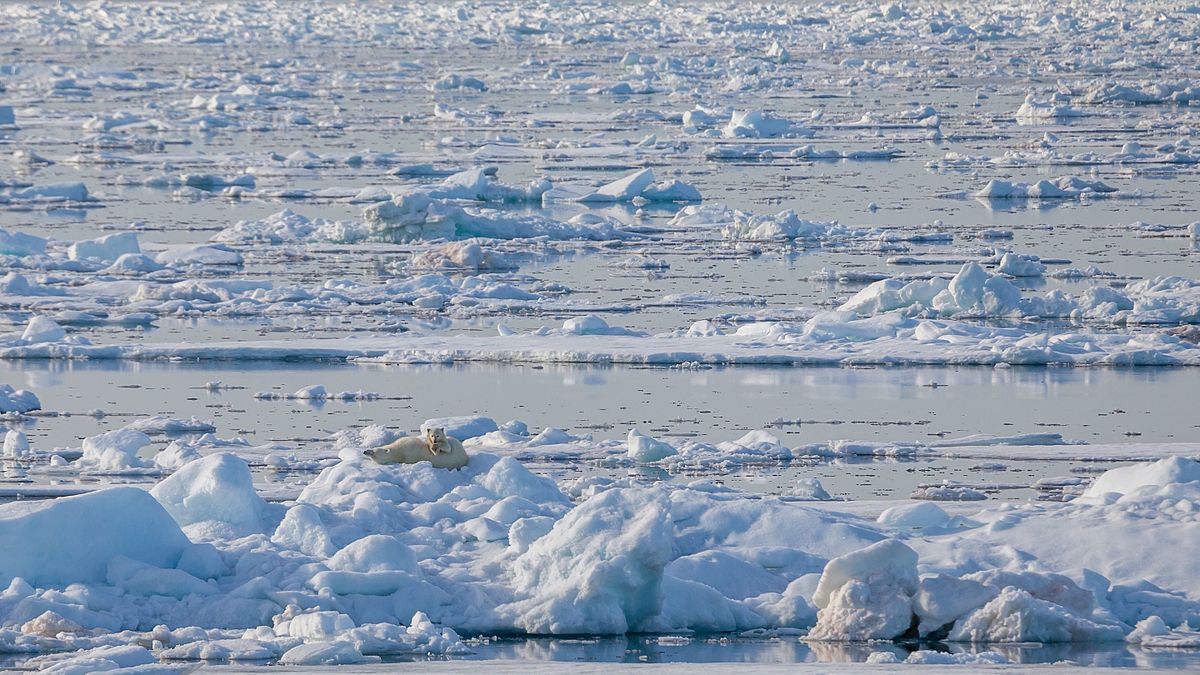 Climate change is causing the Arctic Ocean’s sea ice to melt away. When the polar ocean loses its cover of sea ice, carbon dioxide uptake increases disrupting the food web in the water according to a study in the journal Science co-authored by researchers from the University of Gothenburg.

By comparing data from a long list of Arctic expeditions, researchers have been able to see how the pH of the ocean north of Alaska and Siberia has decreased rapidly. In recent decades, the rate of acidification of the Arctic Ocean has been 3–4 times faster than in other oceans. This is because more carbon dioxide is taken up by the sea water when the surface is in direct contact with the atmosphere without a barrier of ice. In the past, the sea ice has kept the sea water close to the North Pole from being saturated with carbon dioxide.

“The time-series of pH measurements made in the Arctic Ocean is long. The oldest are from an expedition in 1994, when the ice sheet was extensive and thick, and measurements were taken in the leads between the ice floes. On the expedition in 2014, the icebreaker Oden was able to travel in open water half way from Siberia to the North Pole,” says Leif Anderson, researcher in marine chemistry at the University of Gothenburg and one of the authors of the study.

The measured acidification over the last 30 years corresponds to about 0.1 on the pH scale. The researchers estimate that the pH value will decrease a further 0.3 by the next turn of the century if carbon dioxide levels continue to rise in the atmosphere as they are today. The impact will be greatest in the coldest oceans. Water temperature determines how much carbon dioxide can be dissolved in the ocean. More freshwater from melted sea ice also result in a larger acidification effect by the uptake of carbon dioxide from the atmosphere due to changes in the seawater chemistry.

Strong currents in the Pacific Ocean are driving nutrient-rich water up to the polar oceans and during the long summer days in the Arctic, a high rate of primary production by phytoplankton is occurring in its ice-free waters. Phytoplankton take up a lot of carbon dioxide during photosynthesis, and when the water flows further north under the polar ice, it is under-saturated with carbon dioxide. But now that the sea ice cover is less extensive during the summer, the uptake of carbon dioxide by the sea water can continue, and the oceans are becoming more acidic.

Sea butterflies may be adversely affected

Researchers have already been able to note that acidification affects marine life in the polar oceans.

“Phytoplankton, which take up carbon dioxide, are benefiting from climate change. For other species however, the news is not so good. Sea butterflies are a species of predatory sea snail that have shells of aragonite which they form from calcium and carbonate ions. We have measured lower and lower aragonite saturation levels of in the ocean from our expeditions,” says Leif Anderson.

Sea butterflies are a key species and an important staple food for many whales that normally migrate up to the Arctic Ocean to feed and fatten. But now there might be less food in the pantry.