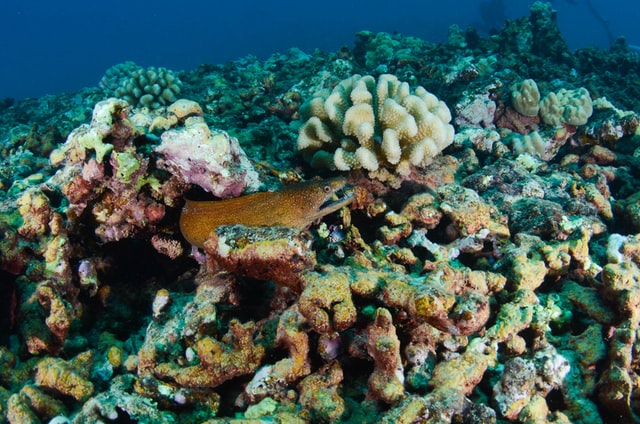 Arctic - Surprise in the deep sea

Sponges: They are considered to be one of the most primitive forms of animal life, because they have neither locomotion organs nor a nervous system. A team around deep-sea scientist Antje Boetius has now discovered that sponges leave trails on the sea floor in the Arctic deep sea. They conclude that the animals might move actively - even if only a few centimetres per year. They are now publishing these unique findings in the journal Current Biology.

The surprise was great when researchers looked at high-resolution images of the sea floor of the Arctic deep sea in detail: Path-like tracks across the sediments ended where sponges were located. These trails were observed to run in all directions, including uphill. "We conclude from this that the sponges might actively move across the sea floor and leave these traces as a result of their movement," reports Dr Teresa Morganti, sponge expert from the Max Planck Institute for Marine Microbiology in Bremen. This is particularly exciting because science had previously assumed that most sponges are attached to the seafloor or are passively moved by ocean currents and, usually down slopes.

"There are no strong currents in the Arctic deep sea that could explain the structures found on the sea floor," explains expedition leader Prof. Antje Boetius, who works together with deep-sea biologist Dr Autun Purser from the Alfred Wegener Institute, Helmholtz Centre for Polar and Marine Research (AWI) in the HGF-MPG Joint Research Group for Deep-Sea Ecology and Technology. The recently published recordings were made during an expedition at 87 °North at the Karasik Seamount about 350 kilometres away from the North Pole with the research icebreaker Polarstern in 2016 with a towed camera system OFOBS (Ocean Floor Observation and Bathymetry System). "With OFOBS we can create 3D models from the deep sea. The seamount's summit was densely populated with sponges. 69 percent of our images showed trails of sponge spicules, many of which led to live animals," reports Autun Purser.