Arctic & Antarctica
Parties commit, for the duration of the agreement, not to allow their vessels to conduct commercial fishing operations in the high seas portion of the Central Arctic Ocean, diagonally hatched in the map above. (Image: Pew Charitable Trusts) 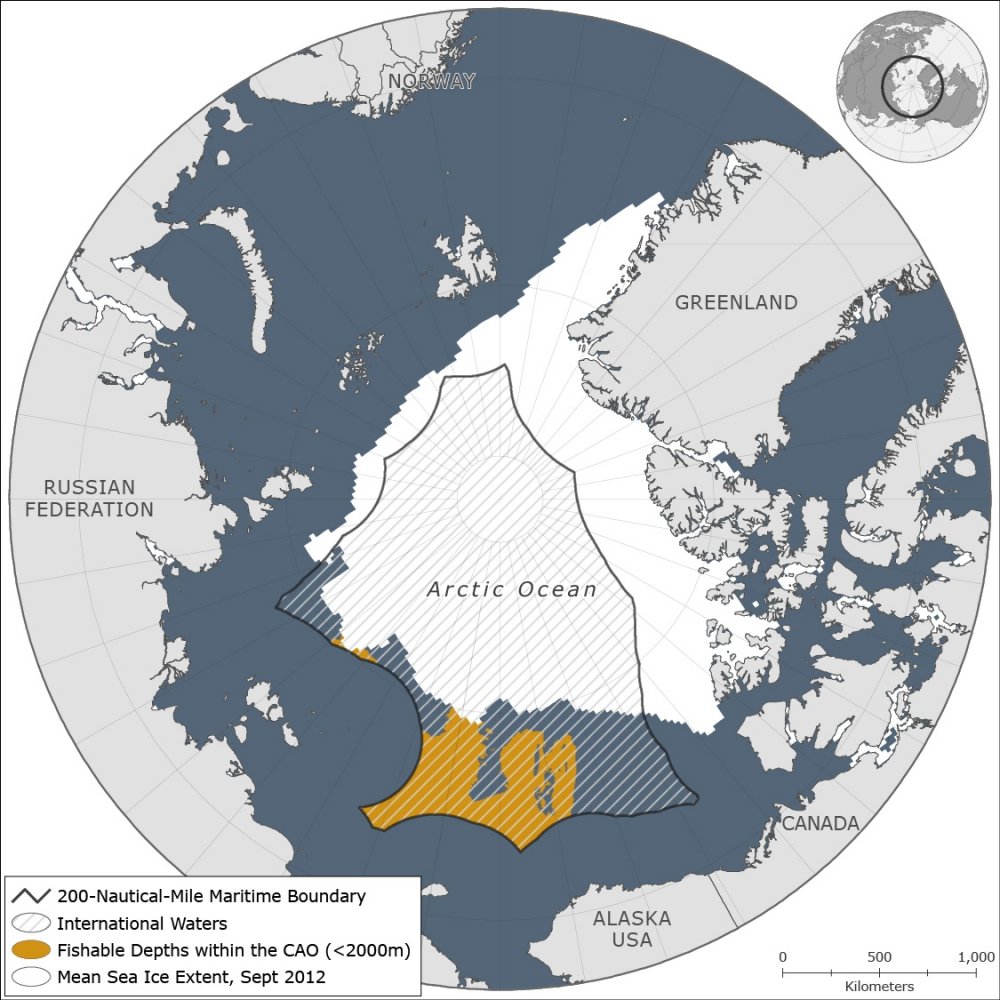 In June, the Central Arctic Ocean Fisheries Agreement entered into force, bringing to fruition a diplomatic effort that began more than a decade ago.

The agreement represents an unusual and farsighted effort to address a potentially serious environmental problem before it occurs. Too often, governments find themselves in the unenviable situation of dealing with issues only after they have arisen. This time, acting in advance will prevent unregulated commercial fishing in a wide swath of the Arctic Ocean that could have caused significant harm to the marine environment.

In another first, a formal agreement relating specifically to the Arctic region includes non-Arctic signatories, with parties to the agreement comprising Canada, China, Denmark (in respect of Greenland and the Faroe Islands), the European Union, Iceland, Japan, Norway, Russia, South Korea and the United States.

It demonstrates that nations can find ways to act in their mutual self-interest even in the face of serious geopolitical tensions. There were many sources of friction that might have derailed progress along the way – particularly during the Trump administration. But with key players in the United States, Russia and China signing and ratifying the agreement, the oceans have a new and groundbreaking multilateral instrument.

The agreement consists of two basic commitments. First, the parties will not allow their vessels to conduct commercial fishing operations in the high seas portion of the Central Arctic Ocean.

No commercial fishing has ever taken place in this area because until now, it has been covered in ice. But the Arctic is warming three times as fast as the Earth as a whole. As a consequence, a significant percentage of the Arctic Ocean, including some of the high seas area, is now ice-free for part of each year. Current projections indicate that the entire Arctic Ocean is likely to be ice-free for part of the year within a few decades.

So why would these governments agree to prevent commercial fishing in this large and increasingly accessible ocean space? Mostly because they do not know enough about the ecosystems of this part of the ocean to have any reliable basis on which to manage a commercial fishery there successfully, which is to say, sustainably. By using the “precautionary approach”, the parties have prevented the possibility of serious environmental degradation.

This is an edited version of an article that first appeared on Polar Points, a column of the Wilson Center’s Polar Institute.