Arctic & Antarctica
Sailors aboard USS Connecticut stand watch on the bridge after surfacing in the Arctic Circle during ICEX 2020, March 7, 2020. US Navy/MCS 1st Class Michael B. Zingaro 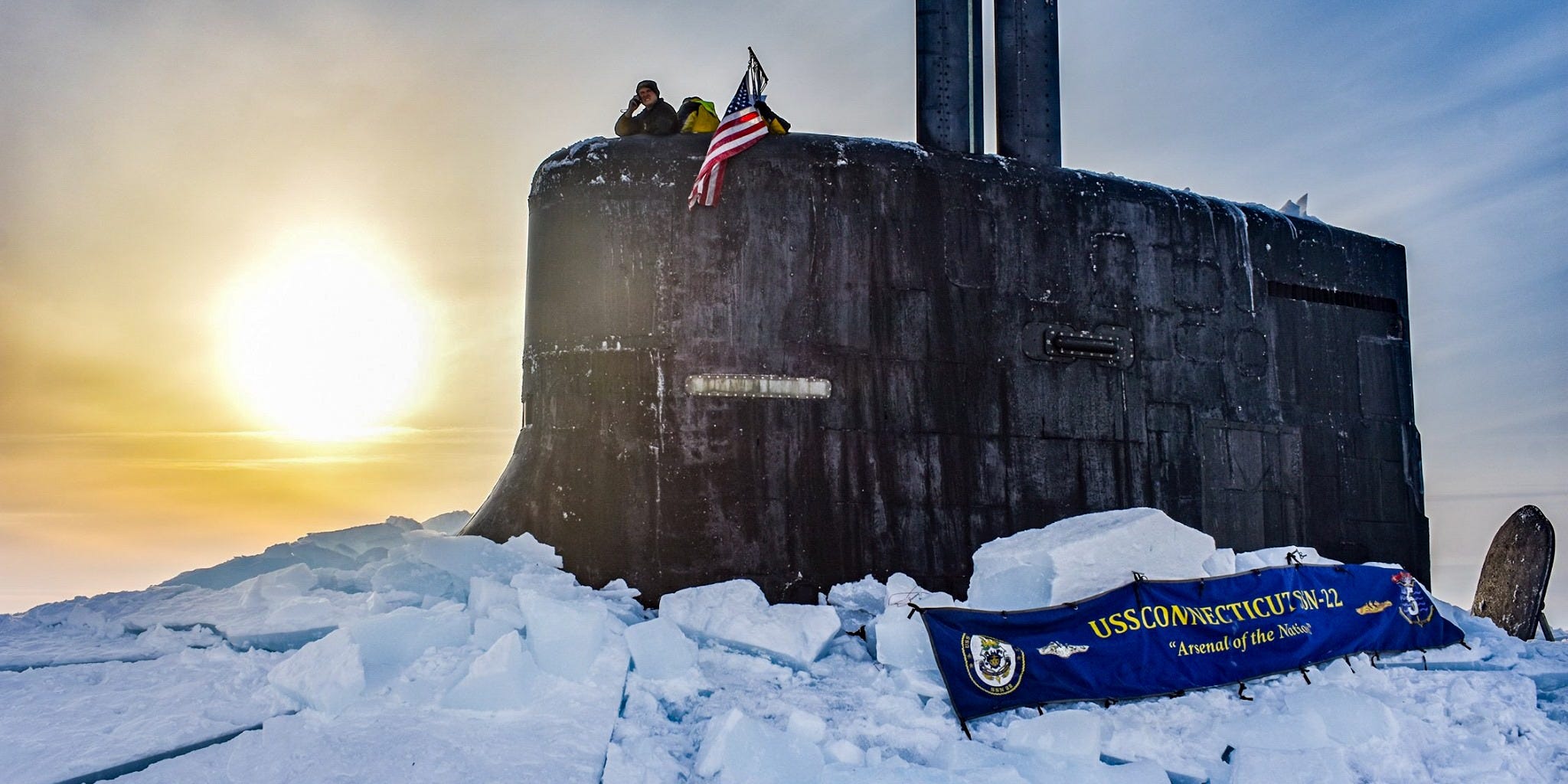 US Navy submarines have a long history of operations in the Arctic, including under the ice that covers much of the region. Surfacing through that ice is a common feature of submarine exercises up there, but even with that experience, it's still a tricky maneuver.

Before the Navy lets anyone drive a multibillion-dollar submarine, it makes sure they know everything there is to know about handling it. But one skill not in the regular curriculum is how to surface straight up through a heavy sheet of ice.

"The vertical surfacing procedure is not a technique that is part of the normal submariner's skill set," Cmdr. Cameron Aljilani, commanding officer of Seawolf-class fast-attack submarine USS Connecticut, said during an interview at the end of May.

Aljilani spoke a few months after the USS Connecticut and Los Angeles-class attack sub USS Toledo took part in Ice Exercise 2020, the latest installment of a biennial Navy exercise meant to test the sub force's ability to operate in the harsh Arctic environment.

Perhaps the most well-known feature of that exercise is a sub surfacing through a layer of ice.

"Normally we would ascend to periscope depth having speed in the water," Aljilani said. "Due to under-ice operations, you can't be moving forward. You have to go up at zero speed and straight to the ice. That's one thing that we would practice."