Arctic & Antarctica
The Polarstern, released too early from a floe, returned to the North Pole in August amid thin ice. STEFFEN GRAUPNER 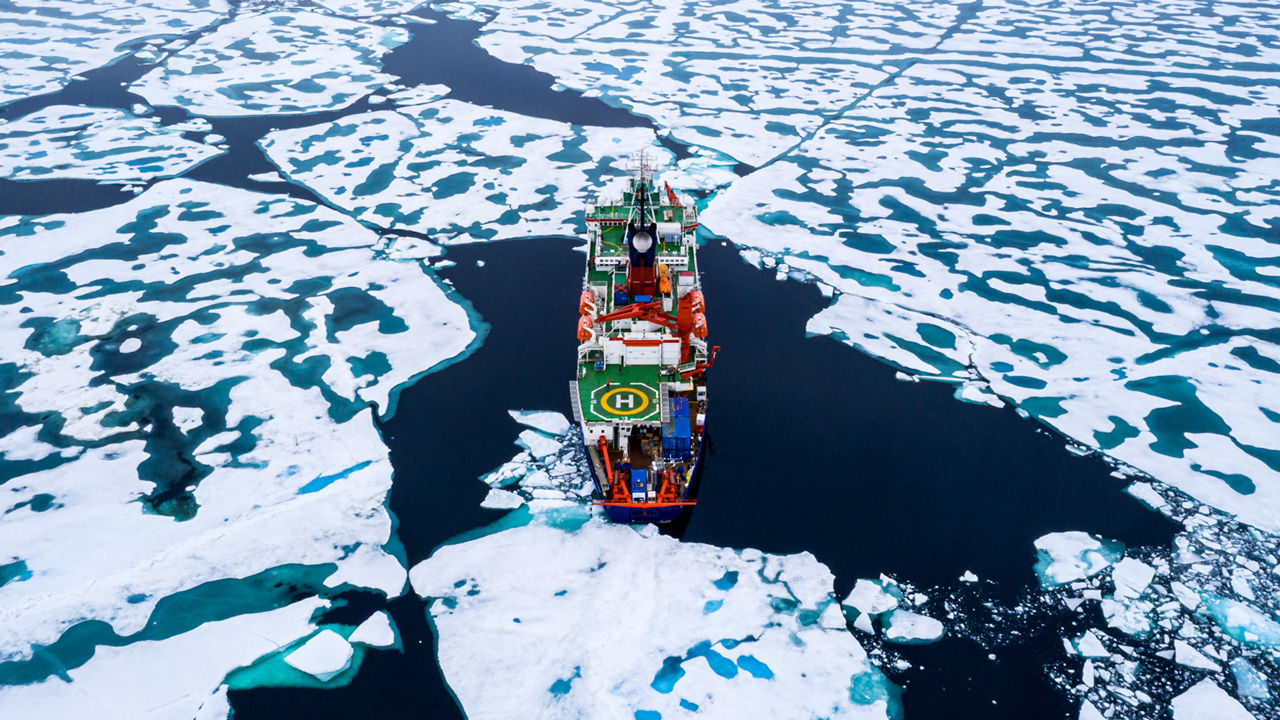 In March, soon after arriving aboard the Polarstern, a German icebreaker frozen into Arctic sea ice, Jennifer Hutchings watched as ice broke up around the ship, weeks earlier than expected. Even as scientists on the research cruise scrambled to keep field instruments from plunging into the ocean, Hutchings, who studies ice deformation at Oregon State University, Corvallis, couldn’t suppress a thrill at seeing the crack up, as if she had spotted a rare bird. “I got to observe firsthand what I studied,” she says.

Arctic sea ice is itself an endangered species. Next month its extent will reach its annual minimum, which is poised to be among the lowest on record. The trend is clear: Summer ice covers half the area it did in the 1980s, and because it is thinner, its volume is down 75%. With the Arctic warming three times faster than the global average, most scientists grimly acknowledge the inevitability of ice-free summers, perhaps as soon as 2035. “It’s definitely a when, not an if,” says Alek Petty, a polar scientist at NASA’s Goddard Space Flight Center.

Now, he and others are learning that a warming atmosphere is far from the only factor speeding up the ice loss. Strengthening currents and waves are pulverizing the ice. And a study published last week suggests deep heat in the Arctic Ocean has risen and is now melting the ice from below.

Ice has kept its grip on the Arctic with the help of an unusual temperature inversion in the underlying waters. Unlike the Atlantic or Pacific oceans, the Arctic gets warmer as it gets deeper. Bitter winters and chilly, buoyant freshwater from Eurasian rivers cool its surface layers, which helps preserve the underside of the ice. But at greater depths sits a warm blob of salty Atlantic water, thought to be safely separated from the sea ice.

As the reflective ice melts, however, it is replaced by darker water, which absorbs more of the Sun’s energy and warms. Those warming surface waters are likely migrating down into the blob, which robotic temperature probes, moorings, and oceanographic surveys show is steadily warming and growing. With enough heat to melt the Arctic’s ice three to four times over, the blob could devour the ice from below if the barrier of the cold surface layers ever dissipates.