Arctic & Antarctica
Ringed seal on Ice floes. “We found that by the end of the century, the large, fatty Arctic cod may decline dramatically in terms of biomass and distribution,” said the study’s lead author Katie Florko. “Then smaller fish, like capelin and sand lance, may become much more prevalent.” (Katie Florko) 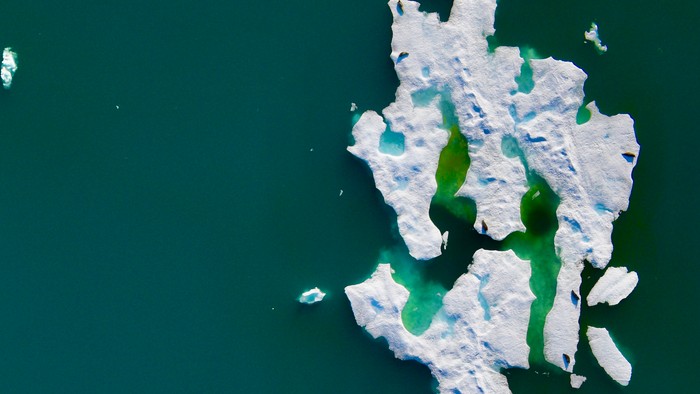 If sea ice loss continues it could irrevocably alter the food sources for some Arctic marine predators says a Canadian study released this month.

The study, “Predicting how climate change threatens the prey base of Arctic marine predators,” was published this month in the journal Ecology Letters, and used computer modeling to look at different emission scenarios focused the Hudson Bay area between 1950 and 2100.

“All changes were relatively negligible under the low-emission scenario, but under the high-emission scenario, we projected a 50% decline in the abundance of the well-distributed, ice-adapted and energy-rich Arctic cod (Boreogadus saida) and an increase in the abundance of smaller temperate-associated fish in southern and coastal areas,” said the authors in the study’s abstract

“Furthermore, our model predicted that all fish species declined in mean body size, but a 29% increase in total prey biomass. Declines in energy-rich prey and restrictions in their spatial range are likely to have cascading effects on Arctic predators.”

Under the high emission scenario, the study found that changes to fish distribution in the region, as well as their size, would start to pick up in 2025 and continue to accelerate if measures weren’t taken to reduce carbon emissions.

Changes to fish distribution and mass

In a news release, the study’s lead author said small fish like capelin and sand lance could become more common in the region, forcing marine predators like ringed seal to work harder to obtain the same energy they might have gotten before from a species like cod.

“It costs energy to forage,” said Katie Florko, from the University of British Columbia in Vancouver, and the study’s lead author.