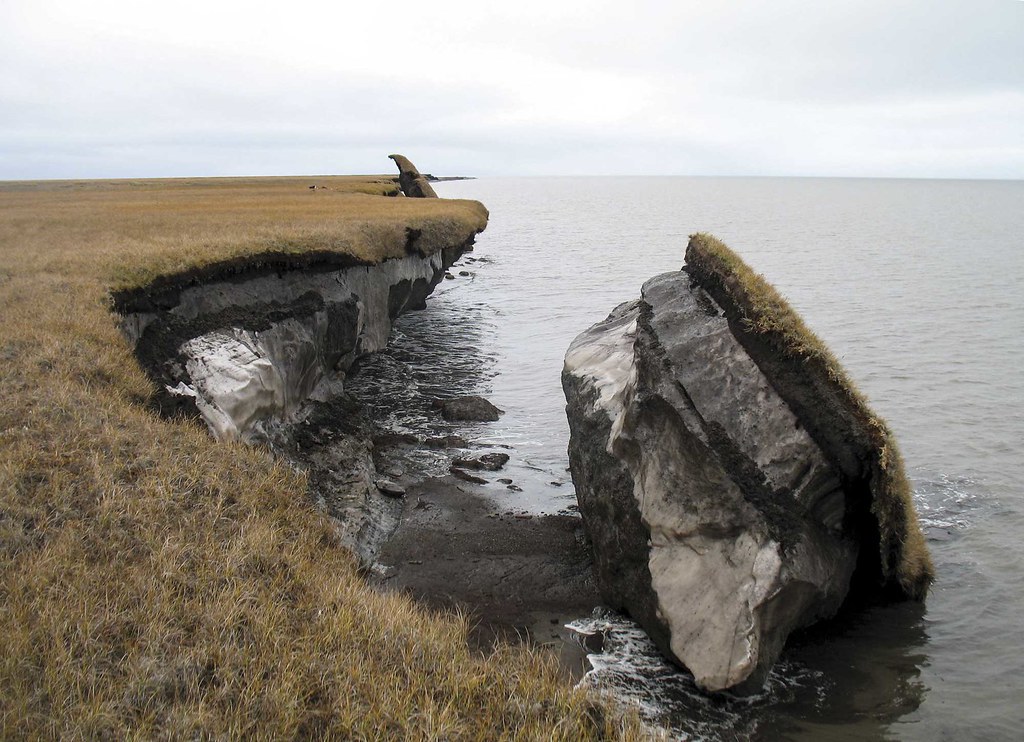 Arctic - Coastal Erosion in the Arctic: A Compounding Effect of Global Warming

The Arctic coasts have been eroding at elevated rates in recent years.

Carbon pools in the permafrost regions are vast reservoirs that are extremely vulnerable to the impacts of climate change. Thawing permafrost, coupled with an increase in sea levels, further exacerbates coastal erosion and amplifies global warming. While the rates of erosion vary from place to place, an increase in the frequency of extreme events can lead to 30-40m of coastlines eroded every year. Here’s how climate change leads to coastal erosion in the Arctic and the catastrophic consequences of this phenomenon on the environment.

What is the Arctic Permafrost?

The Arctic and sub-Arctic regions store large quantities of organic carbon and ground ice – collectively termed permafrost. These perennially frozen landscapes generally remain well-protected during the winters, when sea ice temperature is below freezing point, thereby keeping the soils frozen and stable. During the summers, the melting of sea ice and permafrost thawing destabilises these same landscapes. The cliffs and frozen ground become susceptible to rising open water periods, increased storminess, and wave heights. In addition to rising air temperatures, most of these factors have altered the Arctic coastal morphologies in the past decades, making them vulnerable to erosion and adversely affecting infrastructure and ecosystems.  ‍

How does Arctic Coastal Erosion Contribute to Global Warming?

The high-latitude regions of the Earth have been experiencing amplified warming, with temperatures increasing around 0.6C every decade over the last thirty years, which is twice as fast as the global average. The permafrost zones in the north absorb organic carbon and are estimated to store about 1,700 billion tons. In recent decades, studies have suggested that carbon storage in the Arctic and sub-Arctic regions goes as deep as 3 metres (9.8 feet) into the soil, well below the traditional zone of carbon accounting. This is because, in the past, deeper measurements were generally rare and there were several uncertainties surrounding the estimation of this carbon pool.

Permafrost carbon in the soils provides the basis for greenhouse gases to release into the atmosphere, but the rate and magnitude at which this happens is controlled by the overall decomposability of the organic carbon. Among the factors which control the decomposability of these cold soils are the concentration of oxygen saturated in the soils and sediment accumulations, particularly in permafrost regions characterised by wetlands, lakes, and waterlogged soils.