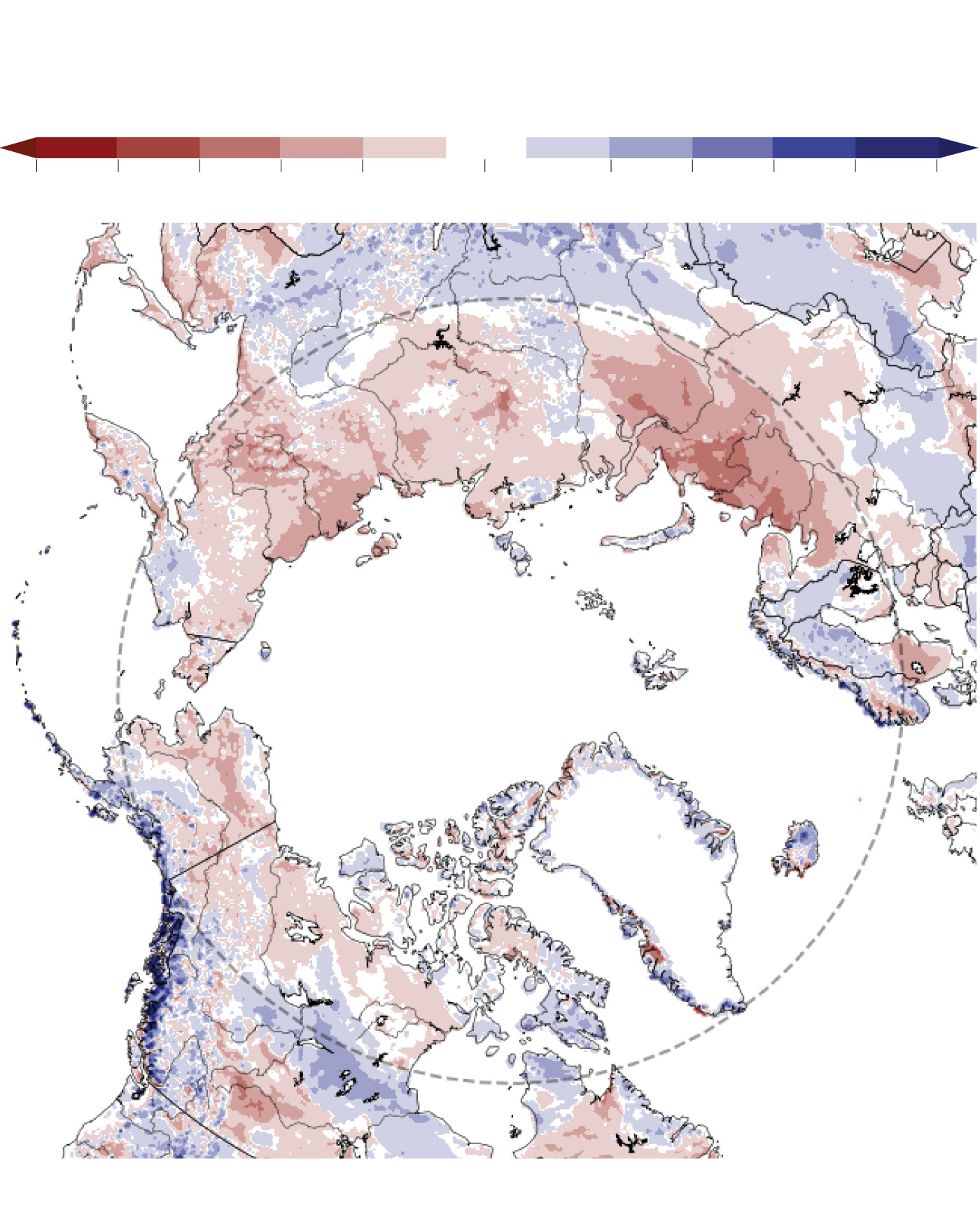 Duration of continuous snow cover steadily declining, with its onset in the fall and melting away in spring revealing the biggest shifts relative to what was once normal

The Arctic is facing a complex and ever-widening cascade of environmental changes that will increasingly challenge northern communities and affect people around the globe.

That is the takeaway from this year’s Arctic Report Card, an annual compilation of observations and trends by the U.S. National Oceanic and Atmospheric Administration, with contributions from Canada and other circumpolar countries.

Now, 15 years since the first report card was issued, scientists say those trends are abundantly clear in a part of the world that is warming two to three times faster than the global average owing to climate change.

According to the latest report card, released Tuesday, the transformation of the Arctic is both “rapid and pronounced.” It includes long-observed effects such as reductions in sea ice and snow cover, retreating glaciers and thawing permafrost. Other, more recently observed phenomena range from a proliferation of woody shrubs and beaver dams across the tundra to a Bering Strait awash in marine garbage owing to increased shipping traffic.

“As the Arctic transforms, science in some cases is running to keep up,” the authors write.

More than 100 researchers in 12 countries contributed to the report card, which provides yearly assessments of the Arctic environment in intervals that cover one summer season to the next.

Looking back over the 2020-21 interval, the report card notes that the year was the seventh-warmest overall for the region, with the period of October to December, 2020, ranking as the warmest Arctic autumn since recordkeeping began in 1900. The volume of postwinter sea ice on the Arctic Ocean was also the lowest in a decade, with multiyear ice reaching its second-lowest extent.

The report card also references recent studies that show the rate of acidification of the Arctic Ocean owing to uptake of carbon dioxide is among the fastest in the world. Higher acidity weakens the shells of marine mollusks, including the sea snails, clams and mussels that are important food sources for other species.

Another marked change is the duration of continuous snow cover, which has steadily declined across the Arctic and last year was the shortest ever for Siberia.

While the ground is always covered in snow during the Arctic winter, particularly in those areas that see little or no sunlight at that time of year, it is the onset of snow in the fall and its melting away in the spring that reveal the biggest shifts relative to what was normal a few decades ago.