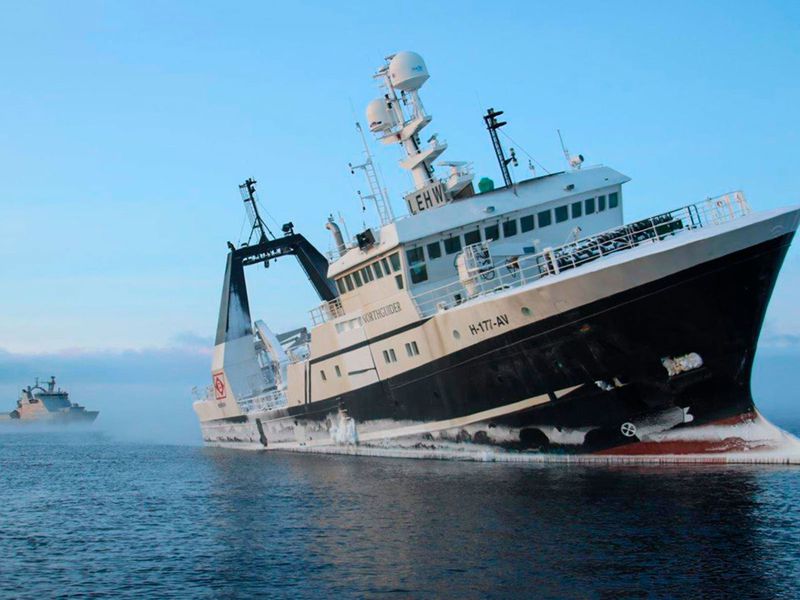 In the far north, researchers are scrambling to record baseline environmental data as communities brace for future shipping disasters

In the last few days of 2018, as the Arctic archipelago of Svalbard, Norway, lay cloaked in the long darkness of polar night, a shrimp trawler called the Northguider ran aground off the coast of one of the islands.

A gale howled. The engine room flooded with seawater. A Norwegian coast guard helicopter managed to quickly rescue the crew. The ship, though, remained behind, along with the 300,000 liters of diesel oil stored in its fuel tanks. An oil spill in the surrounding Nordaust-Svalbard nature reserve—home to walruses, polar bears, and a wealth of seabirds—seemed all but certain.

Until relatively recently, the Northguider may not have even been in the area. But thanks to the climate crisis, temperatures in the Arctic are on the rise and the region’s sea ice is on the decline. New opportunities are opening up for fishing, research, pleasure, transport, mining, and oil and gas industry expansion. Traffic in the Arctic has ramped up accordingly, with the number of ships off Greenland’s coast, as well as the northern coasts of Alaska, Canada, Scandinavia, and Russia, increasing by 25 percent between 2013 and 2019, and the actual distance traveled jumping 75 percent over the same period.