Arctic & Antarctica
Waves break along the Chukchi Sea coast on Alaska’s North Slope in an Aug. 2012 file photo. The Arctic Ocean stands to see higher waves as it becomes more like the Atlantic and Pacific oceans. via BOEM 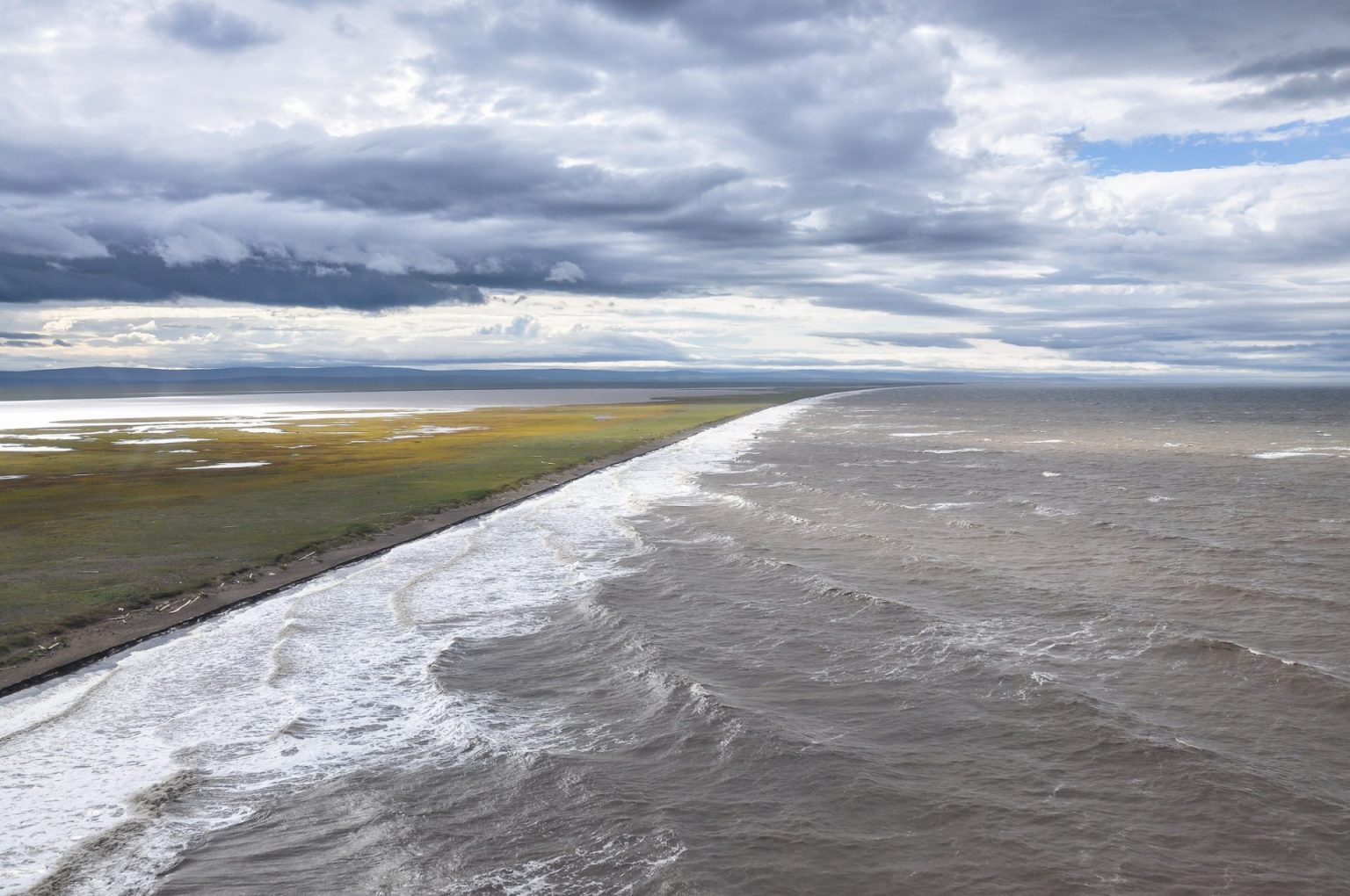 ARC - The Arctic Ocean is Becoming More Like the Atlantic and Pacific, Studies Say

“In many respects, the Arctic Ocean now looks like a new ocean.”

A new Arctic Ocean is emerging with more algae blooms, bigger waves and more similarities to the Atlantic and Pacific oceans, according to a series of recently released studies.

Blame — or credit — should go at least in part to the loss of sea ice and in the seas peripheral to the Arctic Ocean and the increase in heat that those peripheral seas are sending north, the separate studies say.

“In many respects, the Arctic Ocean now looks like a new ocean,” Igor Polyakov, an oceanographer with the University of Alaska Fairbanks and a lead author of one of the studies, said in a statement released by the university.

Polyakov’s study, published in the journal Frontiers in Marine Science, analyzes 37 years of data that track the “borealization” of the Arctic Ocean. But borealization means different things on the European side than on the American-Asian said, said the study, a collaborative effort between scientists at UAF, the Finnish Meteorological Institute and other institutions from the United States, Canada, Norway, Sweden and Russia.

The study identified temperature, chemical and biological changes in the Arctic Ocean that are being driven by the connected subarctic waters.

On the European side of the Arctic, where warmer Atlantic waters are flowing in from the Barents and Kara seas, there is more mixing of saltwater with freshwater, the study found. The mixing is enhancing biological productivity. In contrast, the American-Asian side of the Arctic, which is influenced by the Bering and Chukchi seas, is getting more freshwater from ice melt and river outflow, the study found. That freshwater lies atop heavier saltwater, reducing the mixing and potentially reducing future productivity, the study said.