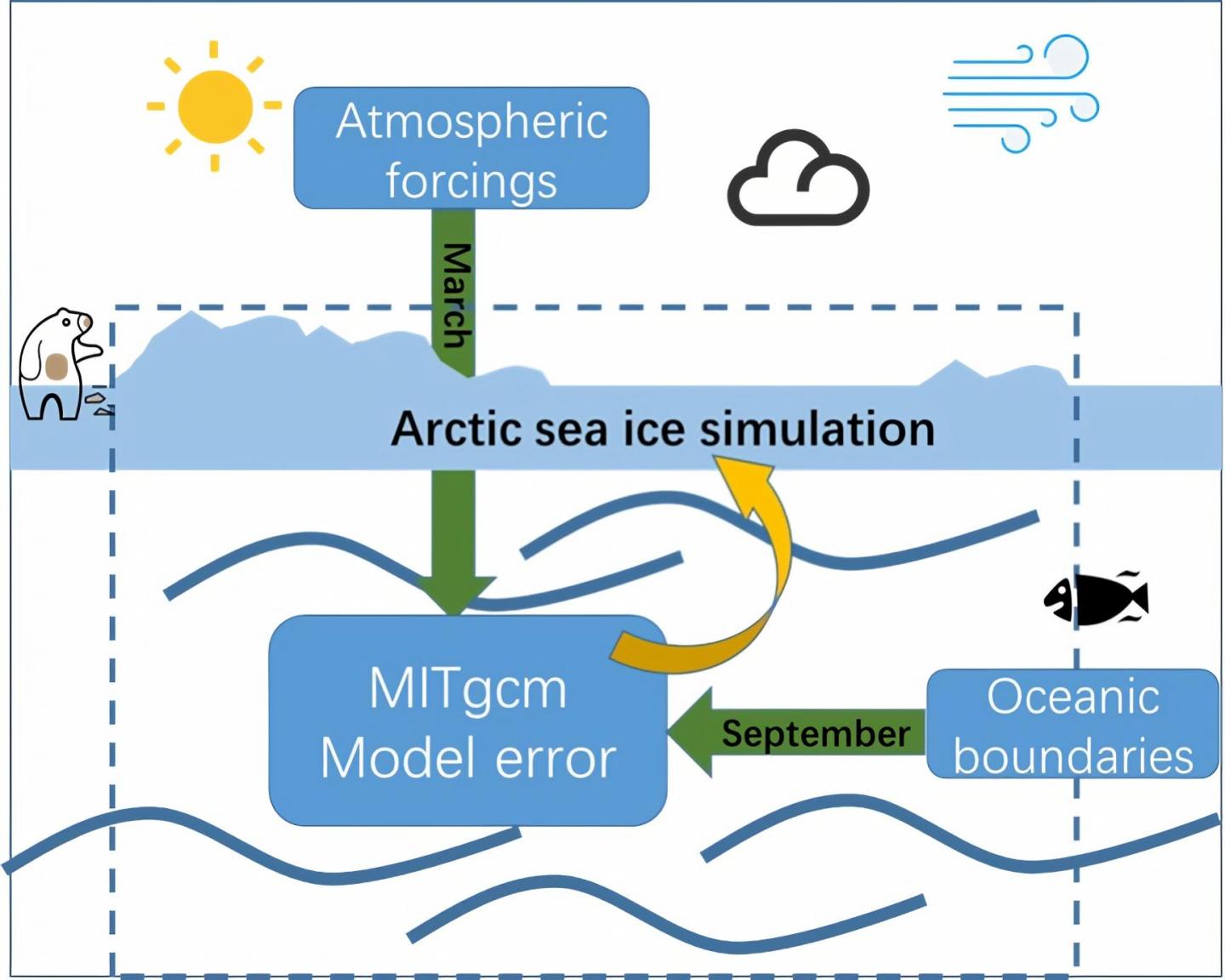 Arctic sea ice has been rapidly declining in recent decades, and changes in arctic sea ice can have a significant impact on global weather and climate through interactions with the atmosphere and oceans.

In addition, the Arctic shipping routes are a shortcut to connect the major countries in the Northern Hemisphere. The Arctic region is also rich in natural resources and biological resources. Simulation of the Arctic sea ice could provide valuable information for Arctic shipping as well as climate studies, and it is therefore urgent to evaluate the ability to simulate Arctic sea ice and diagnose the sources of simulation errors.

To address the issue of error source identification, Prof. Fei Zheng and his team from the Institute of Atmospheric Physics at the Chinese Academy of Sciences, evaluated the sea-ice simulations of the Arctic regional ocean-ice coupling configuration of the Massachusetts Institute of Technology general circulation model (MITgcm).

"We evaluated the model's performance in the Arctic cold season (March) and warm season (September), and found the model performances are different in the two months," says Zheng. "Due to the uncertainty of the model, the model's insufficient response to the signal of atmospheric forcings, and the insufficient response to the ocean boundary signal, there were disagreements between the simulations and observations in both March and September."