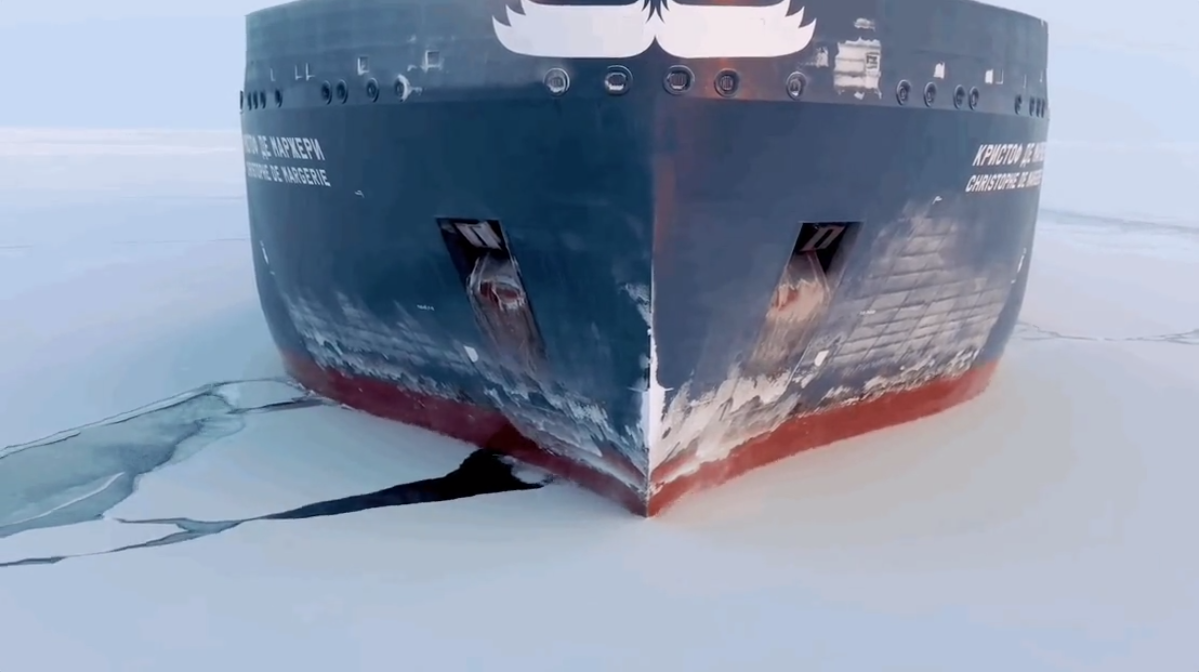 Every day, the Arctic slips further into an unstable state. The latest sign: A Russian icebreaker and liquid natural gas ship have traversed the Northern Sea Route in February for the first time due to exceptionally low and weak sea ice cover.

The new Arctic is untethered from the past, and the ship’s trip is a huge red flag for what the future could hold for the region as countries race headlong into the region and plant their flag over the vast resources it holds.

The tanker, Christophe de Margerie, traversed the Arctic via a route that went from a liquid natural gas port on the Yamal Peninsula in western Siberia to Jiangsu, China, the province north of Shanghai. The trip took it across six Arctic seas, four of which it had help navigating with the icebreaker, 50 Let Pobedy. On Feb. 19, both ships safely reached the Sabetta terminal, marking the end of the journey.

Rosatom, a Russian state nuclear energy company that owns the nuclear-powered icebreaker, released a video last week detailing the two ships’ trip across the Arctic set to music that wouldn’t be out of place as a scene in the Avengers where all the superheroes assemble. In a press release from Sovcomflot, the Russian shipping company that owns the gas tanker, issued an equally cheery assessment of the passage.