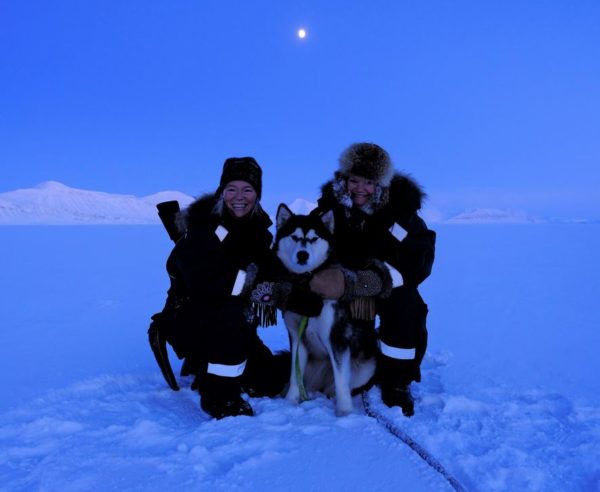 Marlink, the industry’s leading provider of smart managed network solutions, is supporting ‘Hearts In The Ice’, a project which will gather scientific data on the remote Svalbard archipelago inside the Arctic Circle.

Founded in 2016 by Hilde Fålun Strøm, former Product Manager for Hurtigruten in Svalbard and Sunniva Sorby, former Director, Global Sales for Polar Latitudes, Hearts In The Ice is designed to facilitate conversation and action around conservation and the future of tourism at the poles. The two set a record in 2019/2020 when they became the first women to over-winter alone on Svalbard.

The new project sees them spending seven months – including three of complete darkness – in a tiny trapper’s hut 78’N at Bamsebu, from where they will collect environmental data, weather and wildlife observations for stakeholders including the Norwegian Polar Institute, Scripps Institution of Oceanography, UNIS and NASA.

“The expedition cruise sector does a lot of work to encourage citizen science and bring knowledge to its guests; we met many of our science partners through the expedition cruise operators,” Hilde explains. “When the pandemic struck and cruise itineraries were cancelled the data regularly collected by citizen science projects that we were used to running onboard ships quickly dried up.”

Marlink will supply connectivity to enable the duo to stay in touch with their support team and to share updates to educational institutions, research organisations and other relevant stakeholders. They plan to collect and share data on phytoplankton, ice core and saltwater samples, cloud, aurora, and wildlife observations, including levels of microplastics in birds, fish and polar bears. Marlink will also equip the project with a telemedicine kit to enable them to do regular health monitoring during the mission.