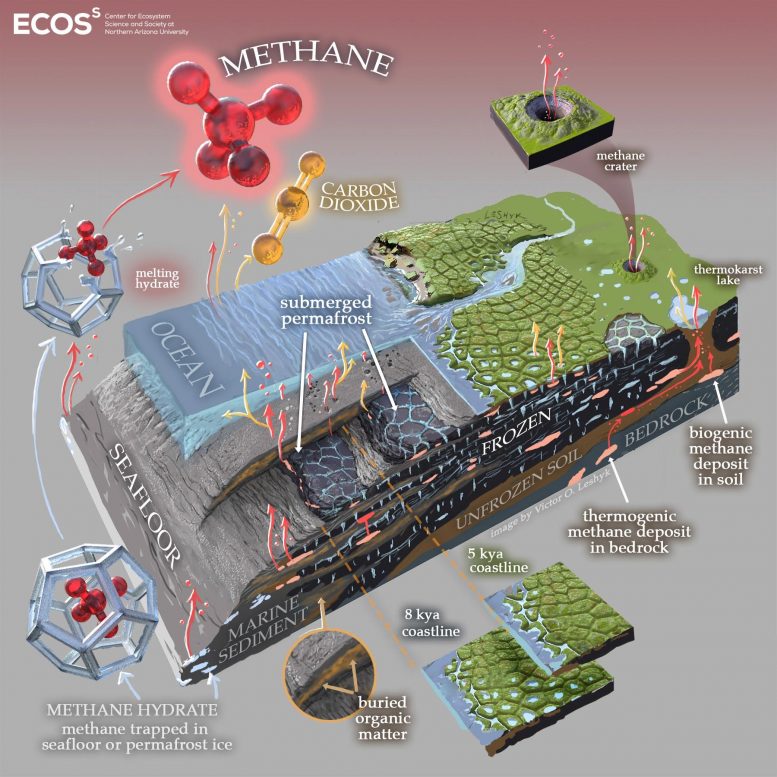 Something lurks beneath the Arctic Ocean. While it’s not a monster, it has largely remained a mystery.

According to 25 international researchers who collaborated on a first-of-its-kind study, frozen land beneath rising sea levels currently traps 60 billion tons of methane and 560 billion tons of organic carbon. Little is known about the frozen sediment and soil — called submarine permafrost — even as it slowly thaws and releases methane and carbon that could have significant impacts on climate.

To put into perspective the amount of greenhouse gases in submarine permafrost, humans have released about 500 billion tons of carbon into the atmosphere since the Industrial Revolution, said Sandia National Laboratories geosciences engineer Jennifer Frederick, one of the authors on the study published in IOP Publishing journal Environmental Research Letters.

While researchers predict that submarine permafrost is not a ticking time bomb and could take hundreds of years to emit its greenhouse gases, Frederick said submarine permafrost carbon stock represents a potential giant ecosystem feedback to climate change not yet included in climate projections and agreements.

“It’s expected to be released over a long period of time, but it’s still a significant amount,” she said. “This expert assessment is bringing to light that we can’t just ignore it because it’s underwater, and we can’t see it. It’s lurking there, and it’s a potentially large source of carbon, particularly methane.”