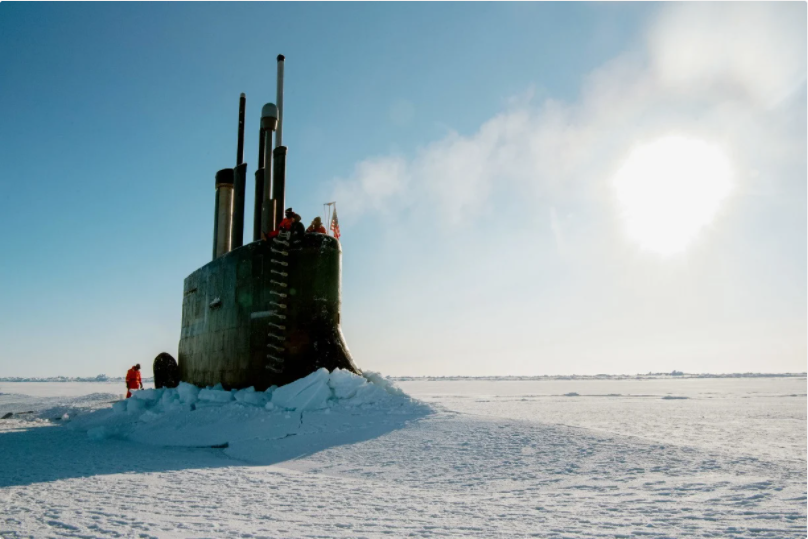 ARC - Great Power Rivalry in the Arctic Circle is Heating Up

Great power rivalry has come to the Arctic and there’s telling where it will lead.

The signs of intensified rivalry are obvious. According to a recently updated Congressional Research Service report, Russia has dramatically expanded its military footprint in recent years, establishing “new Arctic commands, new Arctic brigades, refurbished airfields and other infrastructure, deep water ports, new military bases along its Arctic coastline, an effort to establish air defense and coastal missile systems, early warning radars, and a variety of other things along the Arctic coastline.”

China has also entered the arena, deploying an icebreaker to the region, establishing research stations in Iceland and Norway, and is reportedly considering deploying submarines to the Arctic as a deterrent against nuclear attack.

And the United States has also beefed up its Arctic military presence, reestablishing the 2nd Fleet for North Atlantic and Arctic operations, initiating freedom of navigation operations in Arctic waters, deploying B1-B bombers to Norway, and mobilizing NATO countries to enhance their own military deployments to the region.

The growing intensity of this jockeying for wealth, power, and security is attributable to two factors. At one level, it is the product of increased access to the region’s vast natural resources. The accelerating rate of melting sea ice has opened up new sea lanes through the region and increased accessibility to the vast resources it contains. And these resources are indeed vast. Various studies show that the Arctic contains an estimated 22 percent of the world’s undiscovered fossil fuel resources, with perhaps 90 billion barrels of oil and 1,670 trillion cubic feet of natural gas located beneath the region’s disputed international waters. Even if these estimates turn out not to be exactly right, there is no denying that the Arctic contains some of the world’s largest untapped oil and gas reserves. Nor can there be much doubt that states in and beyond the region would like to access and exploit those reserves.