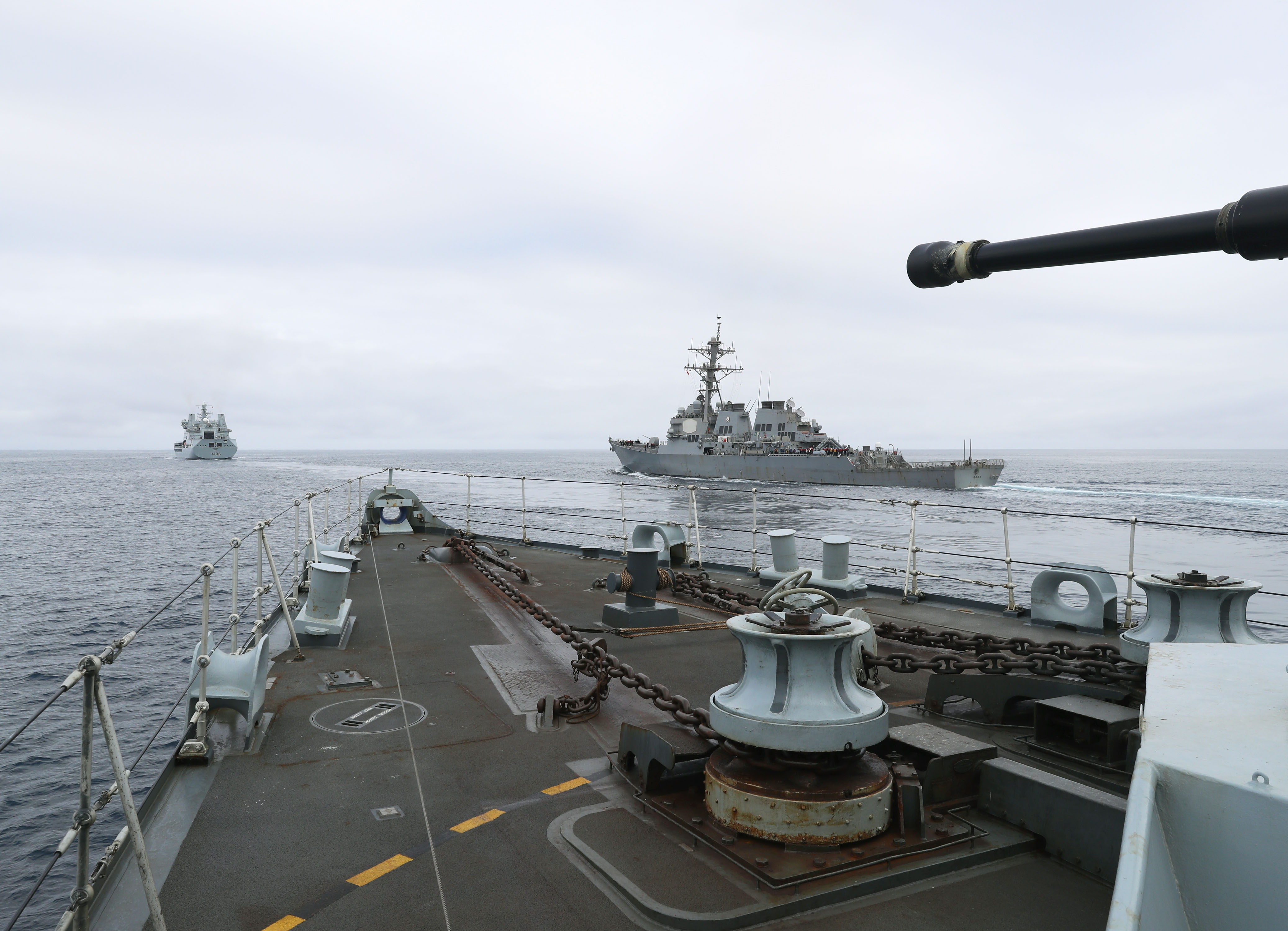 The joint U.S., U.K., Norwegian and Danish exercise off Russia’s coast in the Barents Sea is the latest example of rapidly growing military tensions in the Arctic, experts say, warning of potential dangers of great power rivalry in the region.

The Royal Navy announced last week that it has led a multi-national task group of warships and aircraft into the Arctic for the first time in more than 20 years.

HMS Sutherland, supported by RFA Tidespring, commanded a task group comprising the U.S. destroyer USS Ross and the Norwegian frigate Thor Heyerdahl on a deployment to the Barents Sea, the British navy announced on Sept. 10.

The exercise was held in the waters of Russia’s exclusive economic zone (EEZ) in the Barents Sea, off the coast of the strategically important Kola Peninsula, home to the Northern Fleet and a large part of the Russian nuclear arsenal, The Barents Observer reported.

The exercise marked the first time the U.K. has operated Typhoons in the High North, the statement said.

“The U.K. is the closest neighbour to the Arctic states. In addition to preserving U.K. interests we have a responsibility to support our Arctic allies such as Norway to preserve the security and stability of the region,” U.K. Defence Secretary Ben Wallace said in a statement.

“It is vital to preserve freedom of navigation when melting ice caps are creating new shipping lanes and increasing the risk of states looking to militarise and monopolise international borders.”