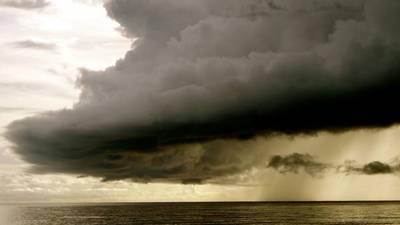 Freshwater in the ocean leads to extreme cold patches in the North Atlantic, which has major implications for weather over the surrounding land-masses, a National Oceanography Center (NOC) led research team has found.

“Traditionally, it was thought that freshwater leads to a decline in the large-scale ocean overturning circulation, which then results in a cooling of the North Atlantic. Our new study shows that freshwater achieves this cooling much more rapidly and efficiently by triggering atmospheric feedbacks,” said NOC's Marilena Oltmanns, lead author of the study published in the Journal of Geophysical Research Letters this week.

Freshwater creates shallower surface layers that adjust faster to the lower air temperature in autumn and winter. This increases the north-south temperature gradient, promoting the occurrence of storms. The storms in turn reinforce the cooling by triggering increased ocean heat losses and redirecting the regional ocean circulation. Accordingly, past freshwater events have been followed by an extremely cold ocean surface in the subpolar North Atlantic in winter and major changes in large-scale weather patterns.

“The winter 2015-2016, following the largest freshwater event over 40 years, demonstrates the potential that can be expected the initiated storms. This winter featured a strong cyclone over the subpolar North Atlantic, triggering cold air outbreaks along the west coast of the North Atlantic (over Canada and the U.S.) and severe flooding events along the eastern side, including over the U.K.,” Oltmanns said.

The NOC research is a collaboration with GEOMAR in Germany and the University of Toronto in Canada and forms part of the EU Projects Blue Action and AtlantOS and the UK NERC projects CLASS and ACSIS.