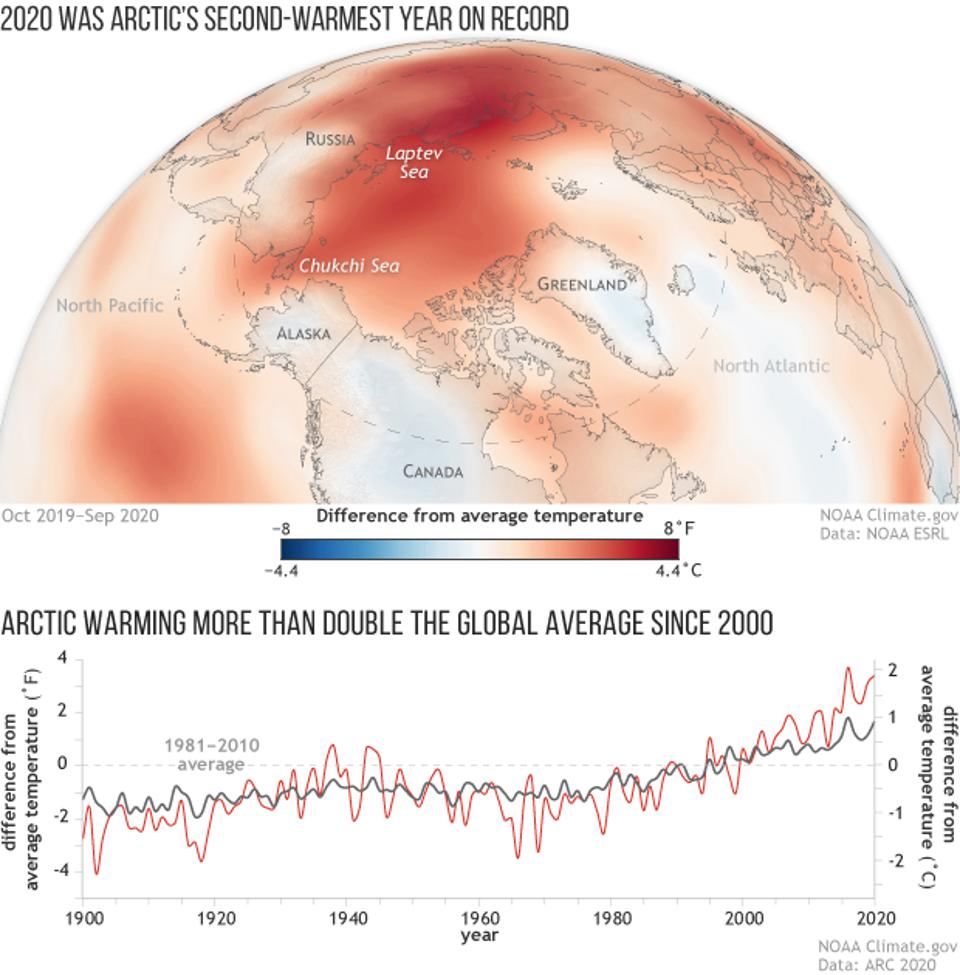 ARC - A Bold Request as Climate Change Ravages the Arctic

According to the 2020 Arctic Report Card released by NOAA in December, things are pretty bad.

The report, an annual compilation of peer-reviewed science (not Twitter or editorial opinions), is produced by over 120 scientists from 15 countries. Key highlights (or “lowlights”) included:

While shocking to some people, these dire indicators are not surprising to climate scientists who have sounded the alarm for decades. Buoyed by the prospect of the Biden Administration signaling actual respect for science and concern about climate change, scientists are now making a bold request on behalf of the Arctic (and the planet).

Before discussing the bold proposal, let’s do a little “science and geography 101.” What is the Arctic anyway? According to the National Snow and Ice Data Center, “Most commonly, scientists define the Arctic as the region above the Arctic Circle, an imaginary line that circles the globe at approximately 66° 34' N.” I am writing this two days after the winter solstice. Above the Arctic Circle, the sun actually does not rise (set) on the winter (summer) solstice. There are other definitions of “Arctic” depending on your “scientific tribe.” Some scientists define the Arctic based on vegetation (region north of the Arctic tree line) while others use temperature (locations where daily summer temperatures do not exceed 50 degrees Fahrenheit).