Northeast
The storm was in April, the surf hit for the start of May. Sam Morrissey, New England. Photo: AK Fisher 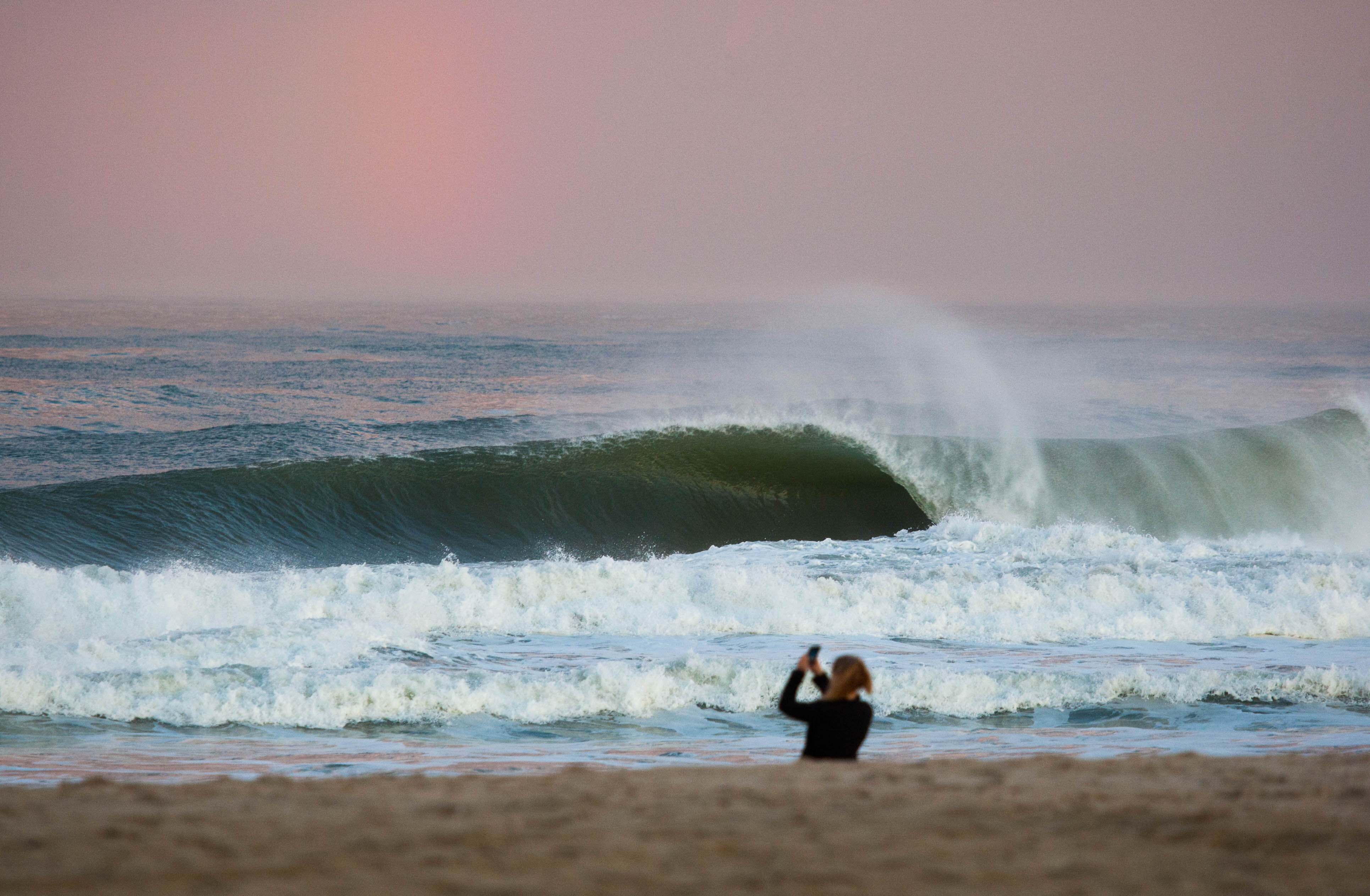 There’s the old saying — April showers bring May flowers — but the surf was in full bloom on the East Coast in April. Will those same above-average wave heights and conditions continue? Will May grace us with a few bouquets of surf?

Of course, storm activity over the Eastern U.S. doesn’t grind to a halt once we transition into May, but it does tend to slow down and shift further north, providing less opportunities for quality surf. By Memorial Day, most spots are in a more typical summertime pattern where Atlantic high pressure extends back to the East Coast. This set-up promotes drier weather, less overall storm activity, and less surf.

Typically, our average wave heights don’t change much from March to April along the East Coast. But in May, the surf really drops off from the Outer Banks northward. We also see a big drop in the number of days that are chest-high or bigger, a decent proxy to indicate weaker storms. Given the run of waves we’ve recently had, May is bound to feel like a letdown by the time it’s all wrapped up. Thankfully, April still had a little something to carry over.