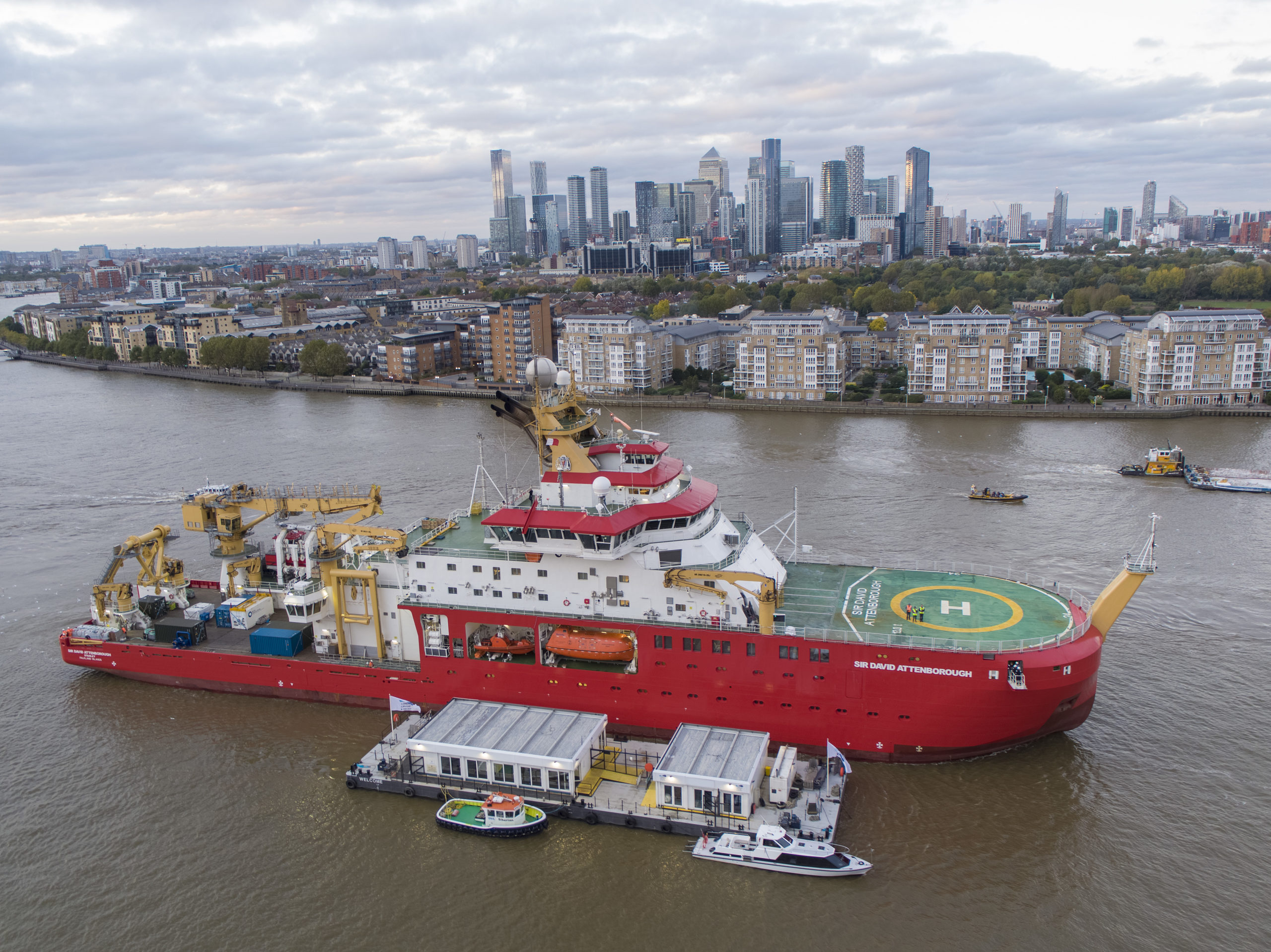 It will leave Harwich today (16 November), with 66 crew and personnel on board, for a short stop at Portsmouth to take on fuel before departing the UK by 18 November. Its first point of call will be Stanley, Falkland Islands, three-and-a-half-weeks later. From there, the RRS Sir David Attenborough will continue its voyage to Antarctica.

During its first mission ‘south’ the state-of-the-art research vessel will transfer station teams, food, cargo and fuel to British Antarctic Survey’s five research stations. Robotic instruments that drift with the Southern Ocean currents (Argo floats) will be deployed as part of an international oceanography programme.

The ship will also transport essential science equipment to support the International Thwaites Glacier Project, a collaboration between UK and US scientists to investigate one of the most unstable glaciers in Antarctica.

Last month visitors to London had a rare opportunity to see the ship ahead of its maiden voyage, during a three-day pre-COP26 event in Greenwich in partnership with the National Maritime Museum.

“We are so excited to be waving off the RRS Sir David Attenborough on its first Antarctic mission. This historic moment marks the next chapter of ship-borne research for British Antarctic Survey. I was there when the first piece of steel was laid, so to watch the ship sail away to Antarctica for the first time is an incredibly poignant and emotional moment for me, and for all those who have been involved in the ship’s story so far. Following COP26 in Glasgow, the world is more aware than ever of the urgent need to understand our changing world, and the RRS Sir David Attenborough has a vital role to play in that.”

Will Whatley, Captain of the RRS Sir David Attenborough, says:

“This is such a proud moment for the crew of RRS Sir David Attenborough. The maiden voyage is the moment we’ve all been waiting for and to finally be sailing the ship to Antarctica is an incredible feeling.”