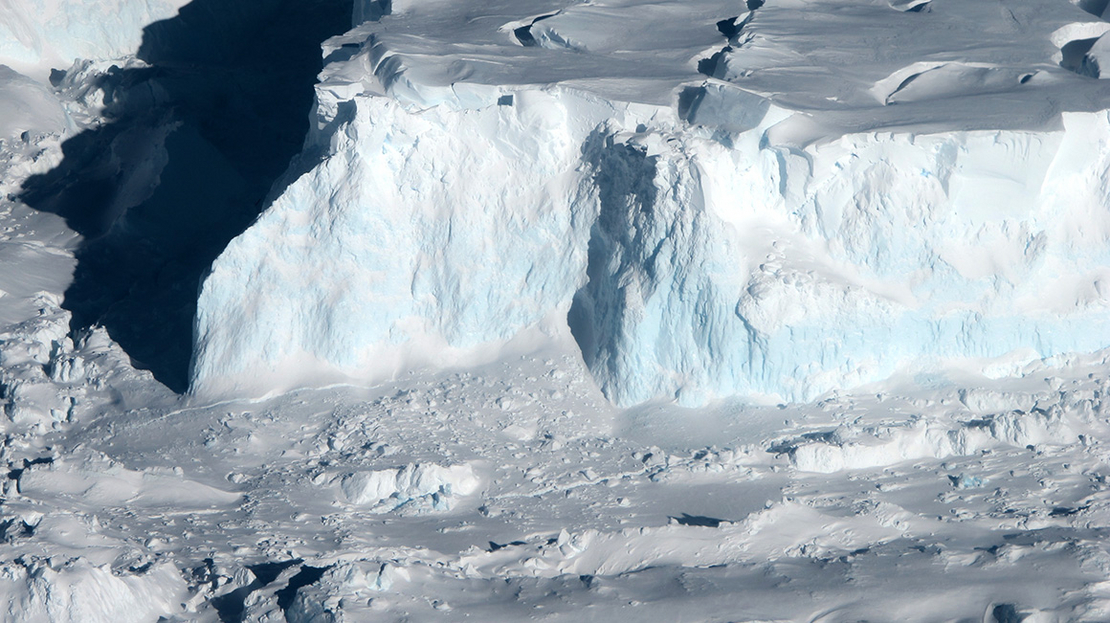 The fate of Antarctica’s massive Thwaites Glacier — sometimes called the “Doomsday Glacier” — is not yet sealed. But scientists are getting worried.

Thwaites is losing ice at accelerating rates, and recent studies suggest it may grow even less stable over the next decade.

The front of the glacier, where ice meets ocean, is melting and retreating backward at an alarming speed. Warm ocean water is seeping underneath the ice and melting it from the bottom up. That’s weakening the glacier’s ability to hold in the vast stores of ice behind it.

At the same time, parts of the glacier front are cracking and crumbling into pieces. Scientists worry that large chunks of it may fall apart entirely over the next few years.

These are big concerns. The more Thwaites melts and crumbles into the ocean, the more it contributes to global sea-level rise — an issue that affects coastal communities around the world.

Ice experts presented some of the latest troubling updates on Thwaites Glacier yesterday in a press briefing hosted by the American Geophysical Union. The AGU is holding its annual fall meeting, where thousands of scientists convene to share their research.

In terms of raw numbers, Thwaites Glacier pours about 50 billion metric tons of ice into the ocean each year.

That amount is nothing to sneeze at. But for the time being, it’s “still a relatively small fraction of sea-level rise,” Ted Scambos, a scientist at the Cooperative Institute for Research in Environmental Sciences at the University of Colorado, Boulder, said at the briefing.

But, Scambos added, “it’s upwardly mobile in terms of how much ice it could put into the ocean in the future.”

Scambos is a lead science coordinator on the International Thwaites Glacier Collaboration, a joint initiative led by U.S. and U.K. science agencies investigating melting and ice loss at the Doomsday Glacier. The project, which began in 2018 and involves more than 100 scientists, is about halfway complete; it’s scheduled to conclude at the end of 2023.

In the last few years, the scientists have made some startling findings. Some of the forces keeping Thwaites stable are starting to unravel.

Thwaites Glacier occupies a stretch of Antarctic coastline spanning about 75 miles, making it the widest glacier on Earth. Some parts of the glacier are losing more ice than others. Its most stable region is its eastern edge, which accounts for about a third of the glacier’s total extent.