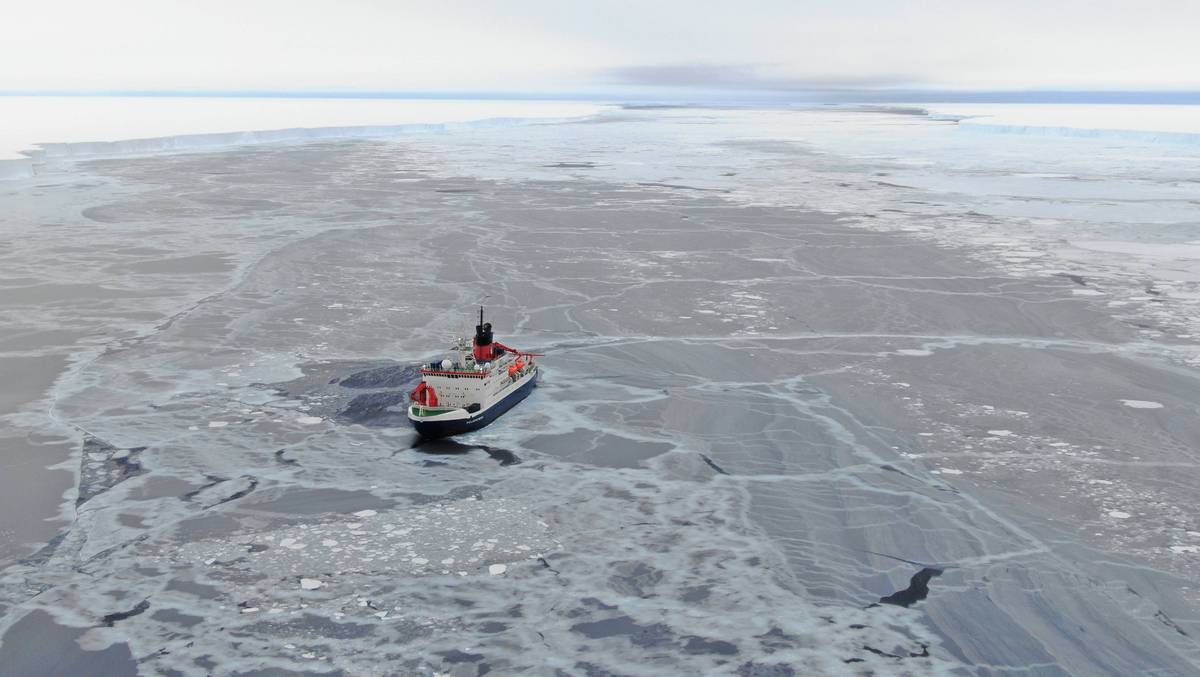 After years of cracking and crumbling, a humongous iceberg finally broke away from Antarctica's Brunt Ice Shelf last month and began drifting out to sea. Like a retractable skylight, the event gave us a rare glimpse at a previously unreachable seafloor absolutely teeming with life.

For five decades, the ocean below this massive chunk of ice – roughly two times the size of Chicago – has been kept in the shadows. Now, the first rays of sunlight are penetrating a seafloor as far down as 810 meters (2,657 feet). A German research vessel that happened to be nearby had a front-row seat.

For several weeks, the icebreaker Polarstern has been waiting for the gale-force winds and dangerous waves to die down so it can circumnavigate this monstrous iceberg. This week, the vessel finally got its chance.

Despite being cloaked in darkness for half a century, the seafloor turned out to be home to a surprising diversity of life in its silty landscape. Towing a camera platform below the ship with a long cable, researchers found many filter feeders and stationary species, including sponges, anemones, sea cucumbers, sea stars, soft corals, mollusks, fish, and squid.

Many of the organisms were huddled around stones, which would have tumbled down the glaciers into the ocean.

The presence of filterers is particularly interesting. Phytoplankton are what creatures like this usually filter from the water to eat, but these tiny organisms are thought to rely on sunlight; they aren't usually found in the ocean deep.