Arctic & Antarctica
Scientists survey the edge of the Shirase Glacier to examine how ice melts and flows into the ocean in January. This photo was taken from a helicopter. Yumi Nakayama / The Asahi Shimbun 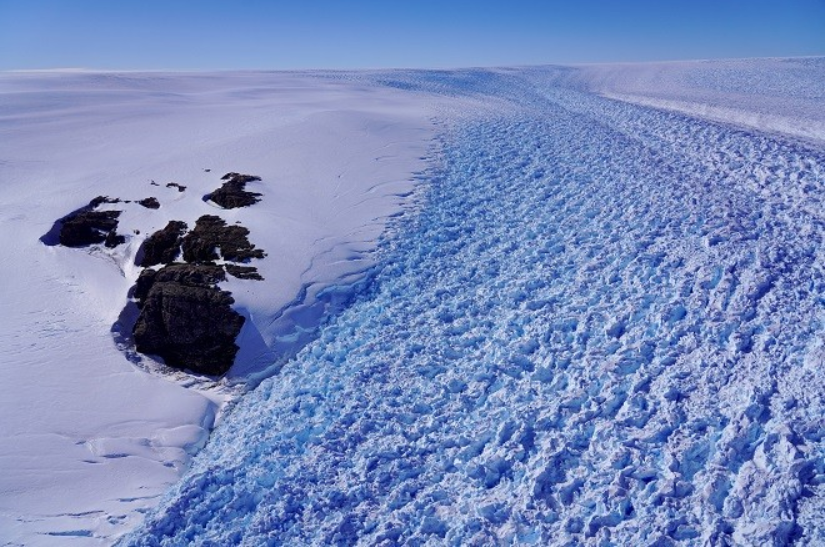 SYOWA STATION, Antarctica--Researchers say an underwater hot spot, where warm seawater runs under one of the fastest moving glaciers in Antarctica, is causing the ice to melt faster.

The new research could help determine how quickly sea levels will change around the world, which is affected by how fast glaciers melt.

A team of scientists from Japan's Hokkaido University, National Institute of Polar Research (NIPR) and Japan Agency for Marine-Earth Science and Technology (JAMSTEC), as well as the British Antarctic Survey, studied the Shirase Glacier near Japan's Syowa Station base.

Others have recently identified accelerated ice sheet melting in the western part of Antarctica. But glaciers on the eastern side, including the Shirase Glacier, have not been well studied and many details, including melt rates, are unknown.

"Figuring out ice sheet melting mechanisms on Antarctica will prove useful in estimating the future sea level changes on Earth," said Takeshi Tamura, an associate professor of environmental science at the NIPR.

Tamura took part in the full-scale research project for the first time beginning last year through this year as a member of the 61st Japanese Antarctic expedition.

Between January and February 2017, the 58th expedition sailed close enough to the Shirase Glacier to become the first Japanese expeditionary party to measure the water temperature, salinity, dissolved oxygen level and other factors at 31 points in waters in front of the glacier.

The results showed warmer seawater off the coast is flowing under the stretched end of the glacier, speeding up how fast the ice is melting from the bottom up.

The team's findings were published in the online edition of the British scientific journal Nature Communications on Aug. 24.