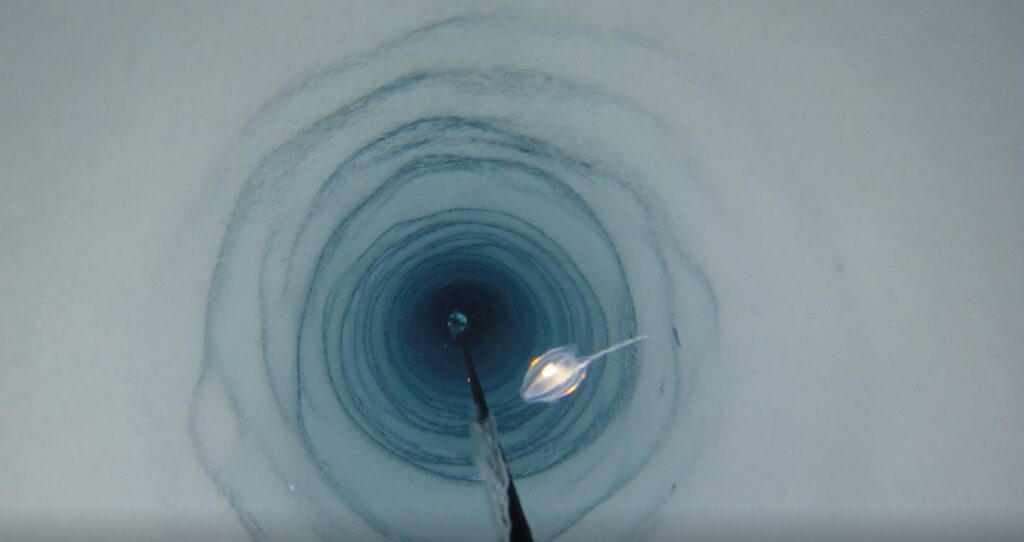 There's more life than we expected in the Antarctic.

When researchers are drilling almost one kilometer of ice, they’re not expecting to find all that much life. But in a recent survey in the Weddell Sea in Antarctica, they came across multiple life forms living in complete darkness, at temperatures of -2.2°C (28 °F)

“This discovery is one of those fortunate accidents that pushes ideas in a different direction and shows us that Antarctic marine life is incredibly special and amazingly adapted to a frozen world,” says biogeographer and lead author, Dr. Huw Griffiths of British Antarctic Survey.

Breaking all the rules

Antarctica is the world’s harshest continent, and yet life seems to find a way even in these conditions. Few creatures can survive in Antarctica in the first place, but to do it in such hellish conditions is truly stunning. This is the first study to find stationary animals attached to a boulder on the Antarctic seafloor, the authors say, and they’re “breaking all the rules.”

Researchers found several sponge-like species, including some species previously unknown to science. It’s very unlikely that they just got lucky and hit the needle in the Antarctic haystack — the one place where such animals happen to survive in these conditions. Instead, Griffiths says, there’s probably much more like this waiting to be discovered.

“There appear to be at least three species present in the images, possibly more. Given that this is the first record of a hard substrate community observed from a habitat that covers 1.6 million km2 then I would be very surprised if we had been lucky enough to find all the species on a single boulder, so I would expect that there are many more waiting to be found,” Griffiths told ZME Science.

We don’t yet know much about these species, and in a way, their discovery seems to pose more questions than it answers. They appear to be a group of unpretentious filter-feeders — creatures that feed by straining suspended matter (food) from the water. But where does their food even come from, and how common are these life forms? Since it’s so dark, there can’t be any talk of photosynthesis, and there doesn’t seem to be any hydrothermal vent, so Griffiths suspects the food comes from farther away.

“From looking at the video it appears to be a filter-feeding community, obviously this community must be able to cope with less food than others elsewhere. There are no obvious signs of chemosynthesis, these sponges are not the typical hydrothermal vent or methane seep fauna and the water temperatures are very cold. As far as we know the most likely source of food is what washed in from beyond the ice shelf by the currents, but this requires further investigation,” Griffiths added in an email