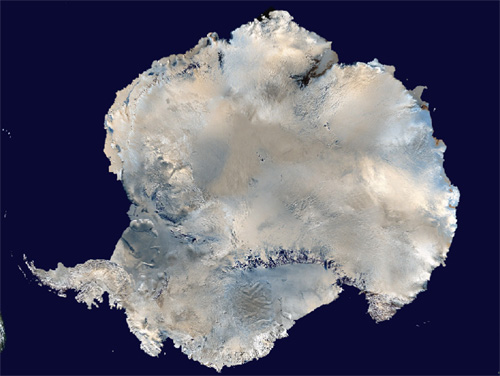 ANT - How Stable Is the Antarctic Ice Sheet?

As temperatures rise due to climate change, the melting of polar ice sheets is accelerating. An international team of researchers led by geoscientist Dr Kim Jakob from Heidelberg University has now examined the dynamics of the East Antarctic Ice Sheet more closely. This is by far the largest ice mass on Earth and is assumed to be less sensitive to climate change than other ice sheets simply because of its size. The researchers analysed data that they had obtained from deep-sea sediments dating back approximately 2.5 million years. This enabled them to determine the factors responsible for the stability of the East Antarctic Ice Sheet. The findings indicate that the ice masses of East Antarctica could be much less stable in a constantly warming climate than previously thought.

"The melting of polar ice sheets leads to a rise in global sea level, which is becoming an ever greater threat to coastal areas," explains Dr Jakob from the Institute of Earth Sciences at Heidelberg University. To better understand past changes in the large ice masses of East Antarctica, her research team performed geochemical analyses on deep-sea sediments from the Atlantic Ocean. The sediments were obtained through the Integrated Ocean Drilling Program (IODP), an international consortium of scientists formed to explore the ocean floor.

These analyses enabled the reconstruction of global sea-level change from approximately 2.8 to 2.4 million years ago, which in turn reflects variations in the total volume of ice.