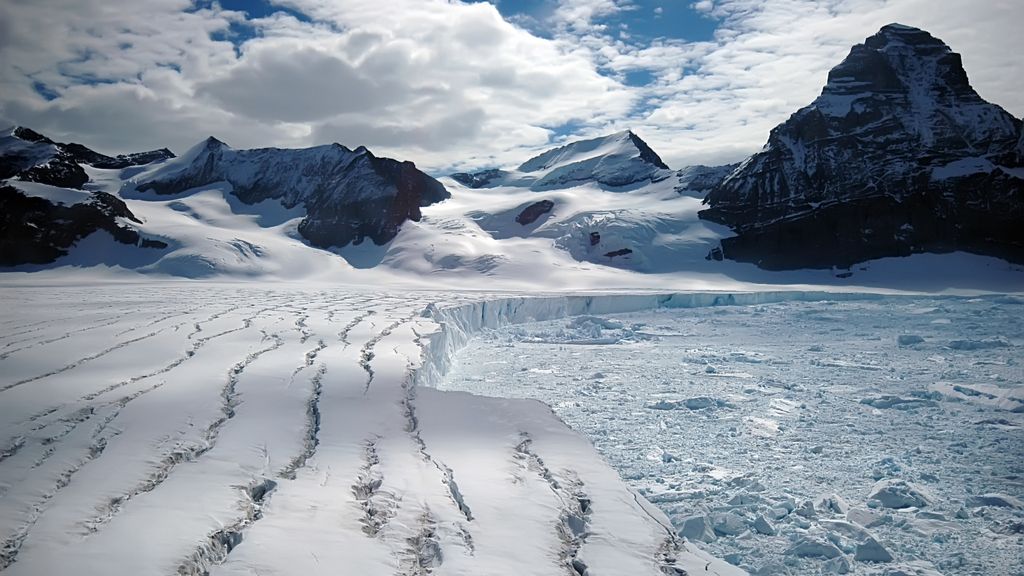 ANT - Half of Antarctic Ice Shelves Could Collapse in a Flash, Thanks to Warming

Antarctic ice shelves can disappear astonishingly fast — sometimes in minutes or hours — as meltwater surges through cracks in their surface.

And as the atmosphere warms, this phenomenon may become more commonplace; at least half of the ice shelves on the continent are vulnerable to this process, a new study suggests.

These floating ice sheets ring Antarctica's glaciers and prevent them from sliding into the ocean. Without these icy barriers, glaciers would flow more quickly into the water, causing the continent to shrink and accelerating sea level rise.

The new study, published today (Aug. 26) in the journal Nature, suggests that about 50% to 70% of ice shelves that hold Antarctic glaciers in place could become weak and potentially collapse with surges of meltwater.

"What we find is that the amount of melting is important, but where the melting happens is also important," said lead author Ching-Yao Lai, a postdoctoral researcher in the Department of Marine Geology & Geophysics at Columbia University's Lamont-Doherty Earth Observatory in New York. The research highlights which ice shelves are most likely to crumble, but not when this dissolution is most likely to occur.

"The time frame over which this process could happen is the biggest question," Christine Dow, the Canada Research Chair in Glacier Hydrology and Ice Dynamics at the University of Waterloo, who was not involved in the study, told Live Science in an email.

Cracks in the ice

Some ice shelves float on open water and do not slow glaciers' slide into the sea, because there's no land mass for them to brace against. But ice shelves confined to bays and gulfs create a physical barrier that the slow-moving glaciers butt up against. Lai and her colleagues focused on these so-called buttressing ice shelves.