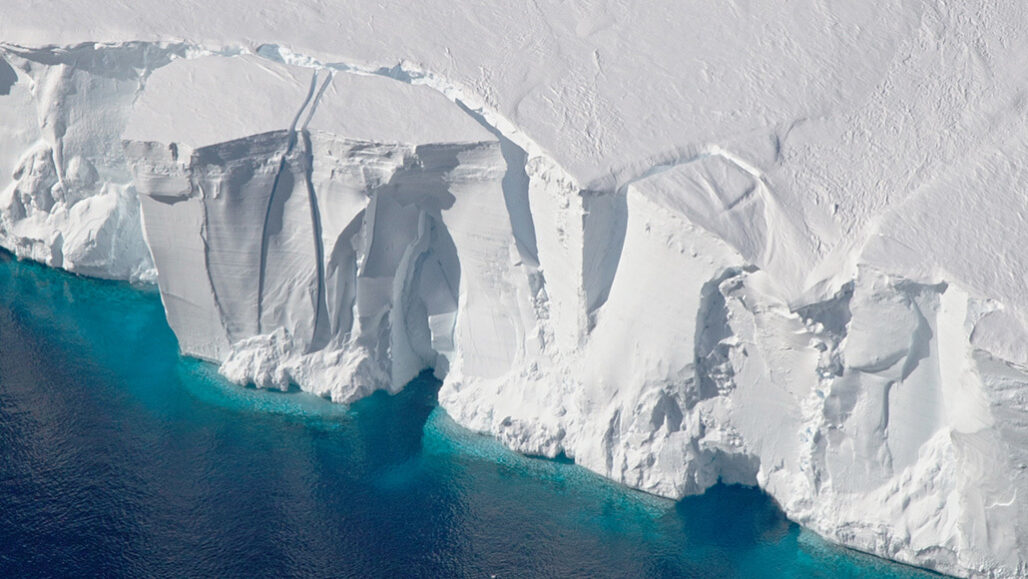 How is melting a continent-sized ice sheet like stirring milk into coffee? Both are, for all practical purposes, irreversible.

In a new study published in the Sept. 24 Nature, researchers outline a series of temperature-related tipping points for the Antarctic Ice Sheet. Once each tipping point is reached, changes to the ice sheet and subsequent melting can’t be truly reversed, even if temperatures drop back down to current levels, the scientists say.

The full mass of ice sitting on top of Antarctica holds enough water to create about 58 meters of sea level rise. Although the ice sheet won’t fully collapse tomorrow or even in the next century, Antarctic ice loss is accelerating (SN: 6/13/18). So scientists are keen to understand the processes by which such a collapse might occur.

“What we’re really interested in is the long-term stability” of the ice, says Ricarda Winkelmann, a climate scientist at Potsdam Institute for Climate Impact Research in Germany. In the new study, Winkelmann and her colleagues simulated how future temperature increases can lead to changes across Antarctica in the interplay between ice, oceans, atmosphere and land.

In addition to direct melting due to warming, numerous processes linked to climate change can speed up overall melting, called positive feedbacks, or slow it down, known as negative feedbacks.

For example, as the tops of the ice sheets slowly melt down to lower elevations, the air around them becomes progressively warmer, speeding up melting. Warming temperatures also soften the ice itself, so that it slides more quickly toward the sea. And ocean waters that have absorbed heat from the atmosphere can transfer that heat to the vulnerable underbellies of Antarctic glaciers jutting into the sea, eating away at the buttresses of ice that keep the glaciers from sliding into the sea (SN: 9/11/20). The West Antarctic Ice Sheet is particularly vulnerable to such ocean interactions — but warm waters are also threatening sections of the East Antarctic Ice Sheet, such as Totten Glacier (SN: 11/1/17).