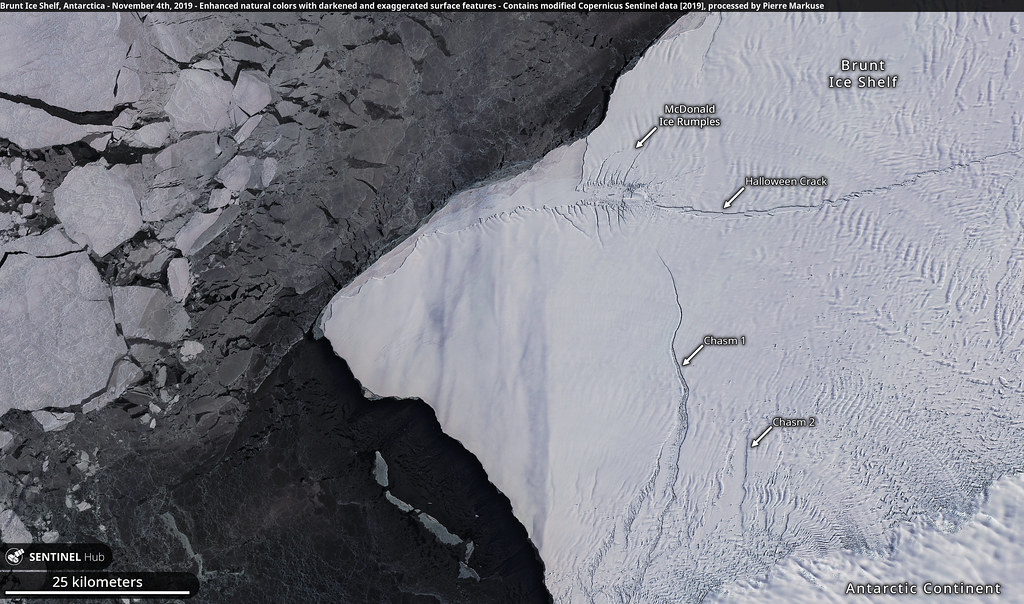 A sheet of ice the size of the iconic lake on the New York-Vermont-Quebec border or the city of Los Angeles rapidly separated itself from the Brunt Ice Shelf on Antarctica last week.

Scientists have been watching large chasms and cracks develop in the Brunt ice for at least the past nine years. A new chasm called North Rift began growing in November, accelerating as it worked its way through the floating ice shelf in January and February. Finally on Feb. 26 the crack widened by several hundred yards in just a few hours, breaking away from the main ice shelf.

Other major cracks in the ice shelf threaten to break off more big chunks in the relatively near future. In fact, it’s a bit of a surprise that another iceberg broke away before the western-most part of the Brunt, which is threatened by a pair of large cracks that have existed for much longer than the North Rift but haven’t grown much in the past 18 months.

The British Antarctic Survey’s (BAS) Halley VI research base is located on the Brunt Ice Shelf, less than 15 miles from what is now the new edge of the ice shelf after A74 calved away. The base was moved further inland in 2016 as a precaution and staff have only been stationed there during the Antarctic summer since 2017. The station is currently unstaffed and being maintained by an autonomous system.