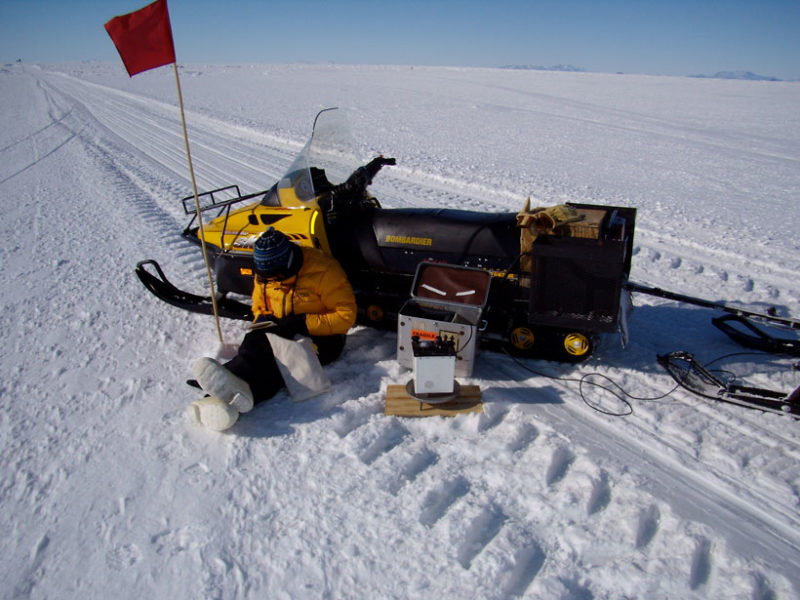 The U.S. Antarctic Program Data Center is providing new services to help scientists document, preserve, and disseminate their research and to facilitate reusability of a wide range of valuable data.

Antarctica comprises numerous unique environments, from the high Antarctic plateau to the deep subglacial bed, iceberg-congested coastal waters, and sparse rock outcrops and soils. Overall, the region is a key barometer of global environmental change: Interactions among the ice, ocean, atmosphere, biosphere, and lithosphere have implications for global sea level, ocean-atmosphere circulation, and biodiversity. Research in Antarctica spans efforts to study everything from particle physics at the South Pole to the extremes of life in the frozen ground, and this work is crucial for building scientific knowledge at scales from the cellular to the universal.

Understanding the processes that govern Antarctica’s interacting systems requires that data characterizing often fast-changing environmental conditions be placed into context with longer-term records and that point data from the field be integrated with larger-scale airborne and satellite observations. Given the unique and challenging conditions of the polar regions, physical, chemical, and biological data collected there, including temporal snapshots of environmental states that cannot be reproduced, are typically acquired with substantial logistical effort and financial expense. Preservation of these data is thus a critical need for the present and the future.‍

In the spirit of supporting collective stewardship of Antarctica, signatory countries of the Antarctic Treaty in 1959 agreed to make scientific observations from Antarctica open and freely available to everyone around the world. In 1998, the Scientific Committee on Antarctic Research (SCAR), which represents the international research community, adopted NASA’s Global Change Master Directory (GCMD) to serve as a central catalog of information about Antarctic research data sets. Each country is responsible for hosting its own data resources, but all countries contribute basic metadata describing their collected data to the Antarctic Master Directory (AMD) portals of the GCMD [SCAR, 2011].