Arctic & Antarctica
Arctic sea ice was photographed in 2011 during NASA's ICESCAPE mission, or "Impacts of Climate on Ecosystems and Chemistry of the Arctic Pacific Environment." Credit: NASA/Kathryn Hansen 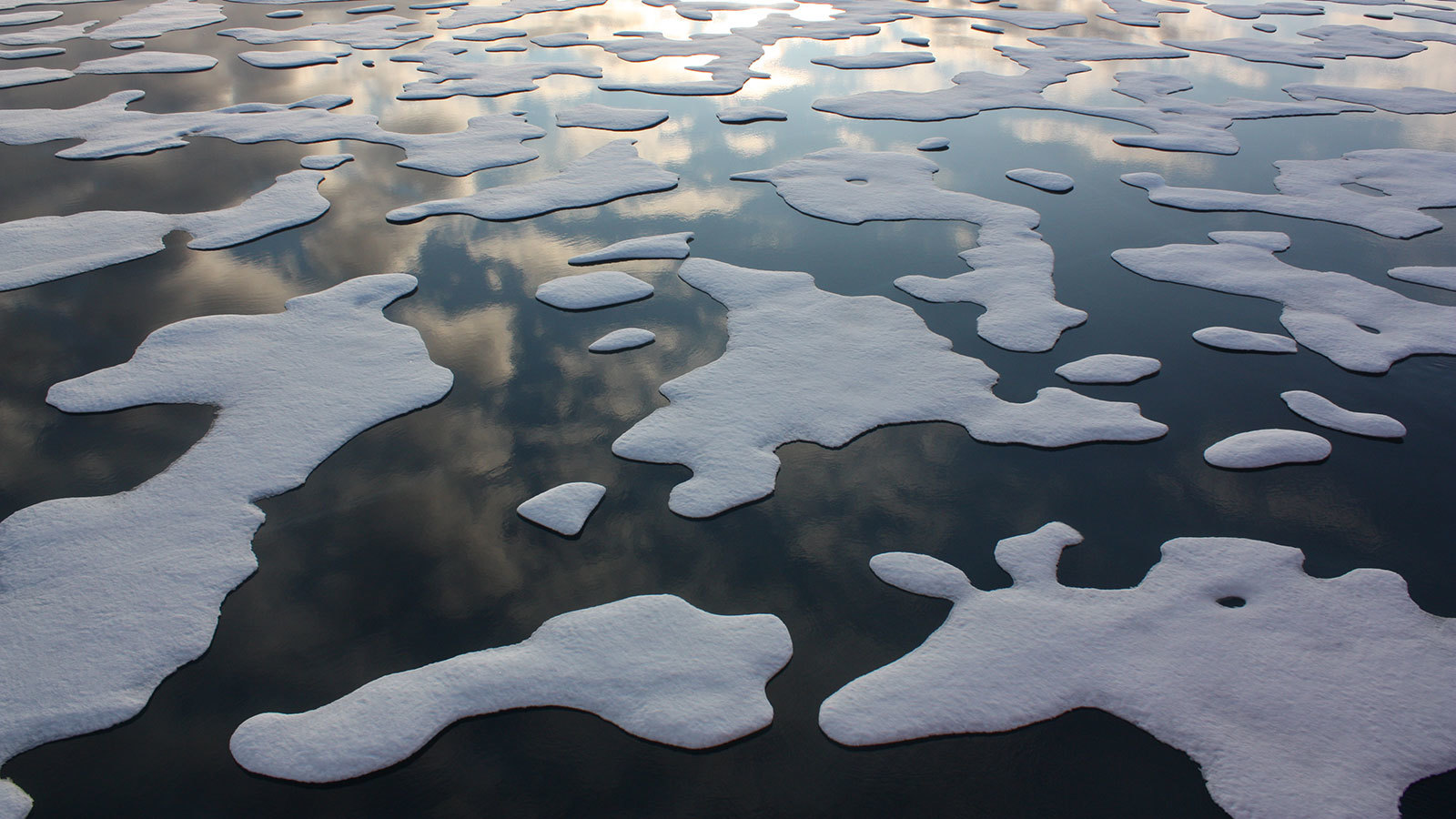 Ice sheets' mass-loss rates in Greenland and Antarctica now match the Climate Change's worst-case sea-level rise scenarios. Time to get serious about it?

Greenland and Antarctica are losing ice six times faster than in the 1990s. The loss of ice has reached 6.4 trillion tonnes between 1992 and 2017. This represents a push of global sea levels up by 17.8 millimeters (or 0.709 inches). In 2019, the European Space Agency (ESA) reported that glaciers lost nine trillion tonnes of ice in half a century.

The new study was published in Nature Climate Change. It compares ice-sheet mass-balance results from satellite observations with projections from climate models. The team of scientists come from the University of Leeds (U.K.) and the Danish Meteorological Institute (DMI). They are also part of the ongoing Ice Sheet Mass Balance Inter-comparison Exercise (IMBIE).

The systematic monitoring of ice sheets began in the early 1990s. Since then, Greenland and Antarctica combined lost 6.4 trillion tonnes of ice between 1992 and 2017. If these rates continue at this alarming pace, ice sheets are expected to raise sea-levels by a further 17 centimeters (or 0.69 inches), exposing an additional 16 million people to annual coastal flooding by the 2100s.

According to Professor Tom Slater, lead author of the study and climate researcher at the Centre for Polar Observation and Modelling at the University of Leeds in The United Kingdom, satellites are the only means the scientists have to routinely monitor the vast and remote areas of the planet, "so they are absolutely critical in providing measurements which we can use to validate ice sheet models."

"Satellite observations not only tell us how much ice is being lost, they also help us to identify and understand which parts of Antarctica and Greenland are losing ice, and through what processes --both are key in helping us improve ice sheet models," says Professor Slater.

Antarctica and Greenland sea-level contribution with projection from 2020 to 2100: Time to get serious about it?

The graph above shows the Antarctic and Greenland ice sheet contribution to global sea level change according to IMBIE (black), compared to satellite observations and projections between 1992-2040 (left) and 2040-2100 (right).

IMBIE, established in 2011 as a community effort to reduce uncertainties in different satellite-based measurements of ice sheet mass balance, is an international collaboration of polar scientists supported by ESA and NASA, and providing improved estimates of the ice sheet contribution to sea-level rise.