International
The drought-ridden Puzhal reservoir on the outskirts of Chennai, India in June 2019 (Photo: Getty Images) 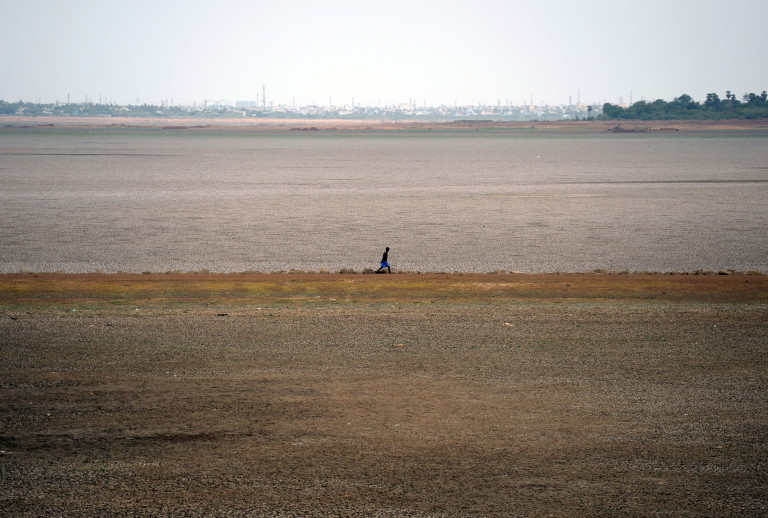 El Niño is one of the most familiar climate patterns on Earth. Pools of water in the eastern tropical Pacific Ocean become abnormal warm, triggering changes in global weather patterns.

Well thanks to the climate crisis, El Niño may have some competition. A new study published in Science Advances on Wednesday shows that as early as mid-century, global warming could cause an ancient climate pattern similar to El Niño in the Indian Ocean to reawaken. It would throw weather further into disarray, particularly in places in the global south that depend on rainfed agriculture.

The study builds on a previous one published by some of the same authors last year, which found that this climate pattern in the Indian Ocean may have existed during the last Ice Age, 20,000 years ago. Back then, thanks to abrupt global warming driven by natural causes, fluctuating ocean temperatures wreaked havoc on global weather patterns.

Now, human activities are driving the climate into a similarly unsteady state. To examine how our rising carbon emissions could influence the Indian Ocean, the researchers used climate models of what the rest of the century will look like if world leaders do nothing to curb greenhouse gas emissions (a scenario known as RCP8.5). They found that if current global warming trends continue, we could see huge fluctuations in the Indian Ocean’s surface temperatures by 2050 similar to what happened 20,000 years ago.