International
190 kilometers of the Keystone XL Pipeline had been built before Biden blocked the permit. Credit: Govt. of Alberta 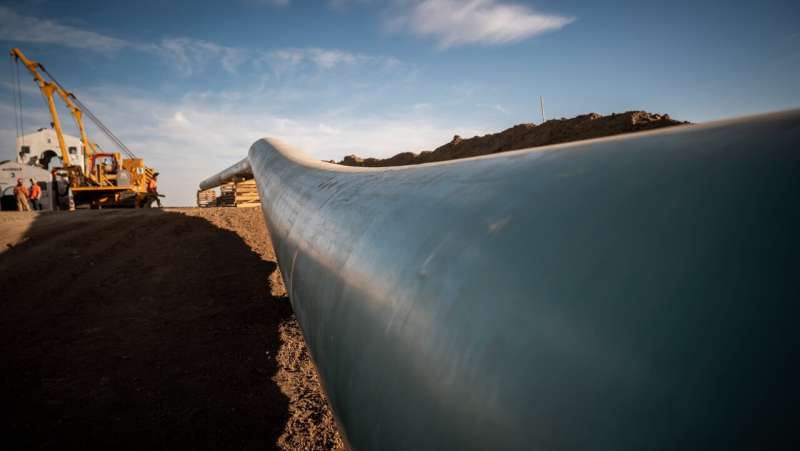 2021 may turn out to be the most critical year in our efforts to combat climate change. After four years of inaction and backpedaling by the Trump administration, the U.S. under President Biden is attempting to make up for lost time. A lot has happened here and around the world—some of it good, some of it not so good. As the year draws to a close, let's take a look at where we stand.

By
Renee Cho, State of the Planet via Phys.org
Section:
Energy
Region:
International

Just hours after his inauguration, President Biden rejoined the 2015 Paris climateagreement from which former President Trump had withdrawn. In November, Biden attended the Glasgow climate talks, also known as COP26, to further the efforts of the Paris agreement. The meeting resulted in the Glasgow Climate Pact, an agreement endorsed by almost 200 countries. While the nations' commitments were not ambitious enough to meet the aspirational goal of the Paris accord—to keep global warming to 1.5°C—136 countries pledged to reach net zero in the next few decades. One hundred and fifty-three countries enhanced their nationally determined contributions—their nonbinding climate action plans—and they are expected to return next year, instead of waiting another five years, with even more ambitious action plans.

Over 100 world leaders pledged to end deforestation by 2030, including Canada, Russia, China, Indonesia, Brazil, and the U.S. Over 100 countries also signed the Global Methane Pledge, committing to cut methane emissions 30 percent from 2020 levels by 2030. For the first time, climate negotiators called for the phasing out of fossil fuels, and set forth rules to establish international carbon markets. And in a surprise announcement, the U.S. and China agreed to work together to try to limit global warming to 1.5°C by cooperating on regulations and environmental standards, policies to promote decarbonization, green design, and the implementation of new technologies.

Jason Bordoff, co-founding dean of the Columbia Climate School and founding director of the Center on Global Energy Policy, said, "This was a notable year for climate progress because the U.S. is back in a leadership role, with President Biden reversing many of the actions taken by his predecessor, including rejoining the Paris Agreement. And there has been a notable shift in the way both policy makers and the public talk about climate change and the need to address it. I am heartened to see that the way we discuss climate action now matches the urgency of the challenge we face. Before the Paris Agreement, the world was on track for warming levels of 3.5 to 4 degrees Celsius. After Glasgow, we are on track for somewhere around 2.5 to 3 degrees. That's far short of where we need to be, but it shows progress is possible."