Arctic & Antarctica
Mussels are listed in the top 13 non-native species which could invade the Antarctic Peninsula. Credit: David Barnes @BAS 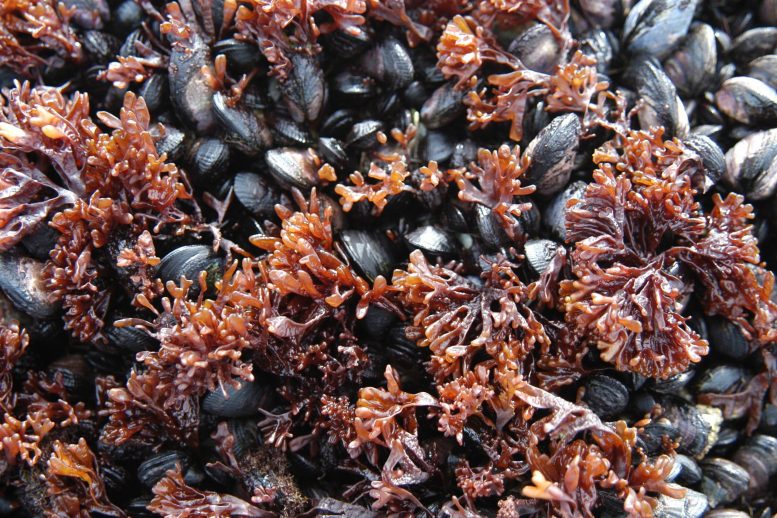 A new study identifies the non-native species most likely to invade the Antarctic Peninsula region over the next decade. It provides a baseline for all operators in the region to look at mitigation measures. The study is published in the journal Global Change Biology today, January 13, 2020.

Fragile polar biological communities in marine and terrestrial Antarctic habitats are vulnerable to invasion by species from other parts of the world. In some cases they can have devastating effects. Lead author Dr. Kevin Hughes, an environmental researcher at British Antarctic Survey (BAS), worked with an international team of researchers to identify which non-native species are most likely to threaten biodiversity and ecosystems in the Antarctic Peninsula region.

Dr. Hughes says: “The Antarctica Peninsula region is by far the busiest and most visited part of Antarctica due to growing tourism and scientific research activities. Non-native species can be transported to Antarctica by many different means. Visitors can carry seeds and non-sterile soil attached to their clothing and footwear. Imported cargo, vehicles and fresh food supplies can hide species, including insects, plants and even rats and mice. Marine species present a particular problem as they can be transported to Antarctica attached to ship hulls. They can be very difficult to remove once established.”