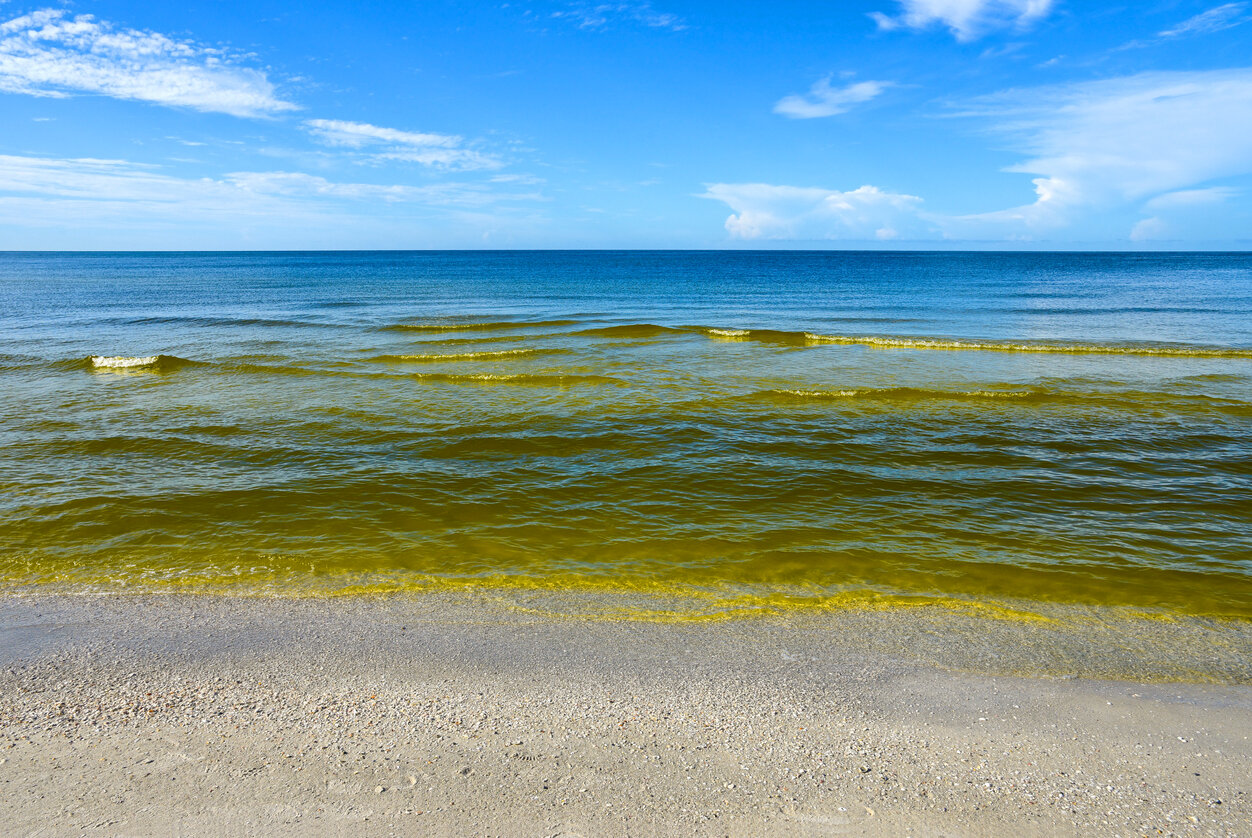 In 2016, a massive algal bloom surfaced on ocean waters from Maine to Long Island. This splotch on the water shuttered shellfisheries Narragansett Bay-wide in Rhode Island and prompted a recall of about 5 tons of shellfish in Maine. But even before this event, algal blooms have poisoned shellfish, people, and seabirds throughout history, and Matthew Bertin, an assistant professor in the Department of Biomedical and Pharmaceutical Sciences at the University of Rhode Island, wanted to know why.

Algae, including the toxin-producing Pseudo-nitzschia and cyanobacteria (blue-green algae), are everywhere in the ocean, but normally you can’t see them unless they begin to rapidly increase in number, causing a so-called algal bloom.

“These blooms cause harm in several ways. One is that they can deplete oxygen in water because they’re so high in cell number; the second is physical contact with other aquatic or marine organisms. They can actually attach to and clog fish gills,” he said. “But the biggest harmful aspects of these algal bloom are the production of toxins.” Humans are exposed to these toxins either from swimming in contaminated water or from eating contaminated shellfish.

“One of the most interesting discoveries in the history of drug discovery, not just from cyanobacteria, but really from anywhere, is the story of a molecule called dolastatin,” Bertin said. “It was originally discovered decades ago, when natural-products chemists were going out all the time and collecting everything they could find in the ocean, and one thing they were looking at was an organism called a sea hare.”

Sea hares are large, colorful sea slugs that, if domesticated, thrive on a diet of parboiled lettuce and dried kelp. In the wild, they also consume cyanobacteria.