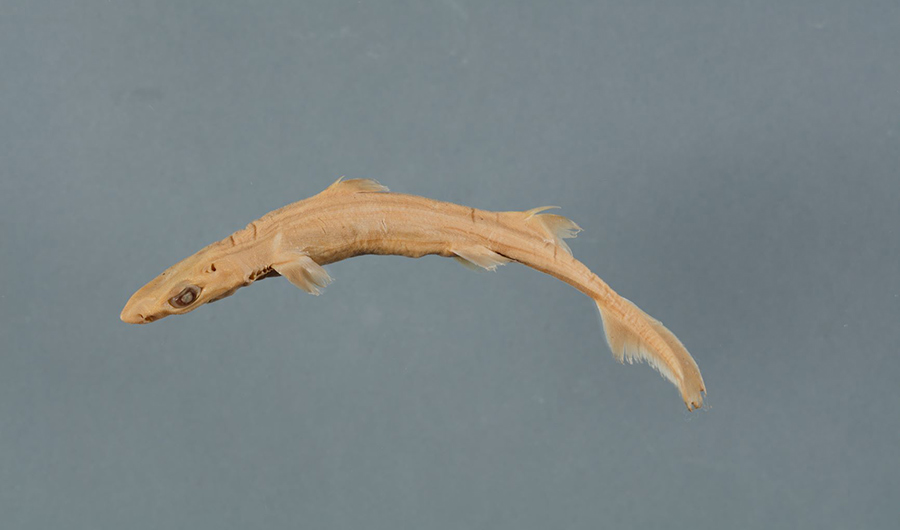 Albino Sharks of the Deep

A rare albino shark raises questions about how a lack of pigment affects deep-ocean creatures.

Forget the white whale -- some of the most rarely seen albinos on the planet are deep-water sharks that spend most of their lives in a world without light.

"It's not common, that I'm aware of, in any particular shark or ray group," said David Ebert, director of the Pacific Shark Research Center of the Moss Landing Marine Laboratories in California. Since it's even rarer for researchers to see deep-sea creatures at all, "it is fascinating when we do see [albino sharks] come up."

While little is known about these albinos -- only a handful of individuals from a handful of species have ever been observed by researchers -- occasional specimens are making marine biologists wonder how a lack of pigment may affect deep-water sharks, as well as their relatives rays and chimaeras (sometimes called ghost sharks). It could potentially make them more susceptible to predators or affect their ability to recognize mates. In deep-sea species that use bioluminescent signaling, it may even affect their ability to communicate.