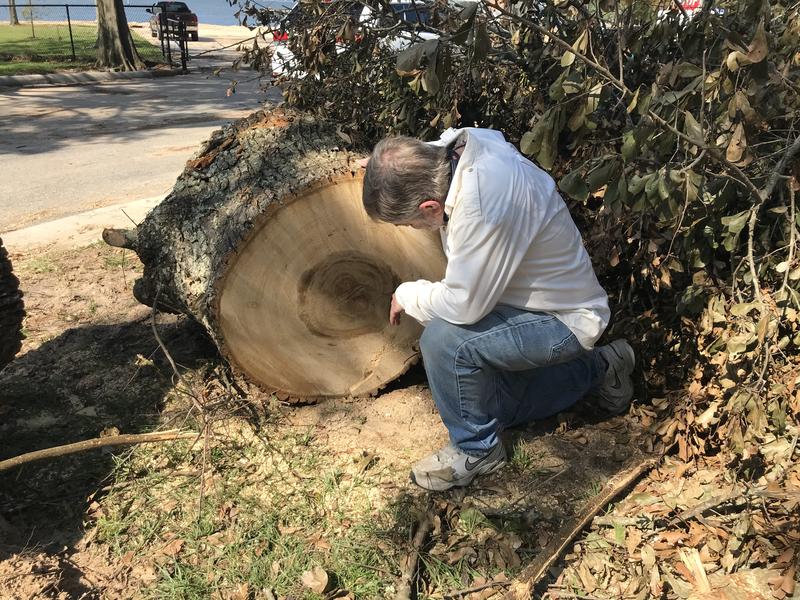 Fallen trees are still piled up in Mobile and Baldwin Counties, more than a month after Hurricane Sally struck the Alabama Gulf Coast.

Trees that have been growing for hundreds of years can take a long time to replace. Teams of forestry experts from across the Southeast are working Mobile and Baldwin Counties to study the damage.

Trucks collecting broken limbs and fallen trees piled on the curb are a common sight these days in coastal Alabama. Hurricane Sally may have destroyed half the trees in Baldwin County. John Graham is a horticulturist for the city of Foley. He’s been studying the storm’s effects in the city about a dozen miles from where Sally came ashore. Graham says his first impressions are not good.

"My initial guesstimate and I’ve been out here daylight until dark every day," Graham said. "Basically, since the all clear was made and my initial estimate was fifty percent canopy loss in Foley and that would be including, of course, private and public property trees."

Sally struck sixteen years to the day after Hurricane Ivan hit the area. Ivan was stronger, but Sally moved more slowly and it stuck around longer. Graham says the effects were similar.