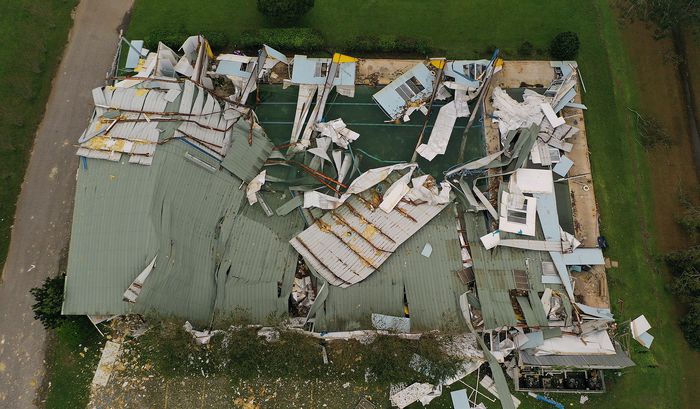 Alabama beach communities that are still recovering from Hurricane Sally warned residents Tuesday to get ready for rapidly strengthening Hurricane Delta, which is forecast to hit the Gulf Coast later this week.

By
The Associated Press via AL.com
Section:
Property
Region:
Gulf of Mexico

“As residents along the Gulf Coast know all too well, these storms are unpredictable, and I strongly encourage everyone to take Hurricane Delta seriously,” she said in a statement.

An extremely dangerous Category 4 hurricane, Delta was nearing Mexico’s Yucatan Peninsula late Tuesday and is expected to enter the southern Gulf of Mexico sometime Wednesday. It was on a path that forecasters said would take it toward possible landfall west of Alabama later in the week.

Officials feared lingering damage from Hurricane Sally, which made landfall near Gulf Shores on Sept. 16, could make Delta more of a problem on its expected approach toward the U.S. Gulf Coast.

Sally dumped as much as 30 inches (76 centimeters) of rain in Alabama. Erosion from Sally, which gnawed away at beaches and dunes, still hasn’t been repaired and could worsen the flooding threat from Delta since there is less sand to stop the water, according to an update from the town of Gulf Shores.