Gulf of Mexico
A fallen pine tree in the Spanish Fort neighborhood of Spanish Village managed to crack a power pole, pull down the line, hit a vehicle and land on the roof of a house. Mark Inabinett / AL.com 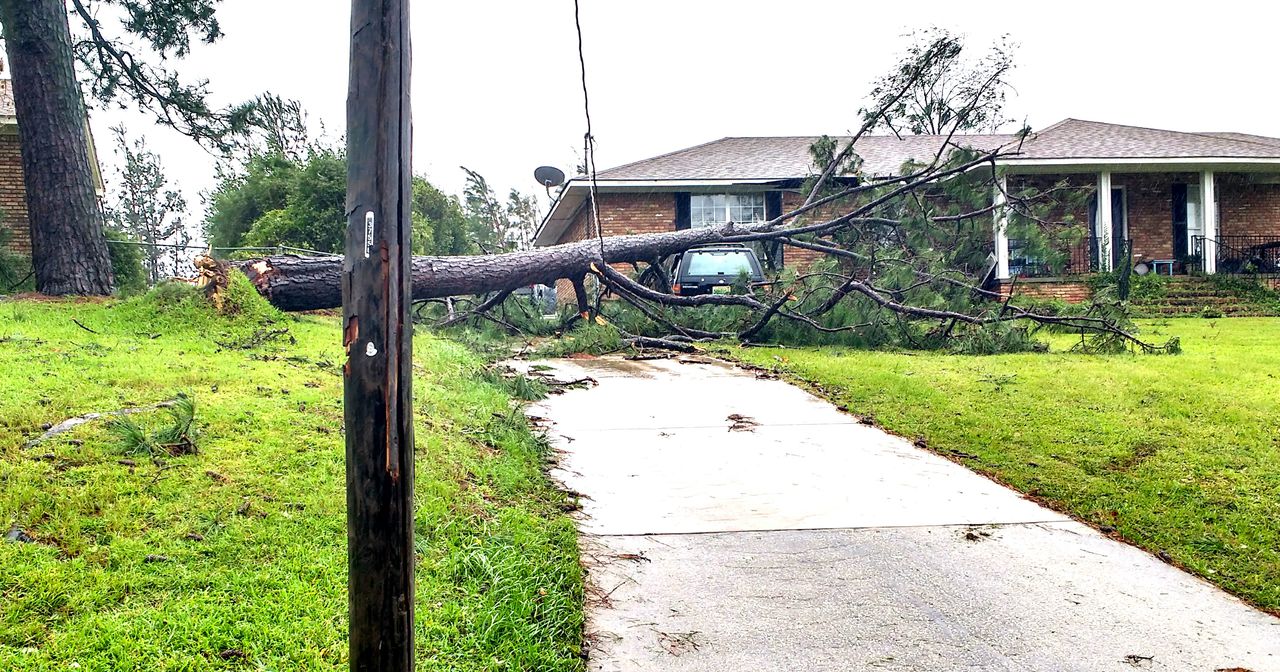 A.J. Felton was scrambling early last week to find out an estimated time in which the power would be restored to his Daphne house.

Frustrations were mounting. He was getting no feedback from his utility company and had to make do on a borrowed generator.

But despite the inconvenience that lingered for Felton more than a week after Hurricane Sally, Felton isn’t sure there is a better way for electricity to be delivered to him and his neighbors. In neighborhoods around coastal Alabama, residents and government officials have pondered whether burying electrical power lines could have avoided the massive and elongated outages.

“Given the storms that take place in this area, I wouldn’t mind but of course, as a consumer, I would want it to be as cost efficient as possible,” Felton said.

The lingering power outages in coastal Alabama, including in areas like the heavily populated and wooded Lake Forest neighborhood in Daphne, has renewed talks about whether coastal utility companies and policy makers should be discussing alternative methods to delivering electricity. The issue often focuses on whether electric companies should place overhead power lines underground.

But given the unpredictability weather events and mounting concerns about climate change, professors in Alabama and beyond are studying whether alternative energy delivery models should also include renewable and at-home energy sources like hydro, solar, wind and biomass. One University of Alabama professor is leading research into whether plug-in electric vehicles can supply power during emergencies.

“Alternatives are always a good idea in an uncertain future,” said Steven Schultz, a climatologist and assistant professor of Geography in the Department of Earth Sciences at the University of South Alabama. Schultz, like over 500,000 customers in Alabama and Florida after Hurricane Sally, was without power for days.